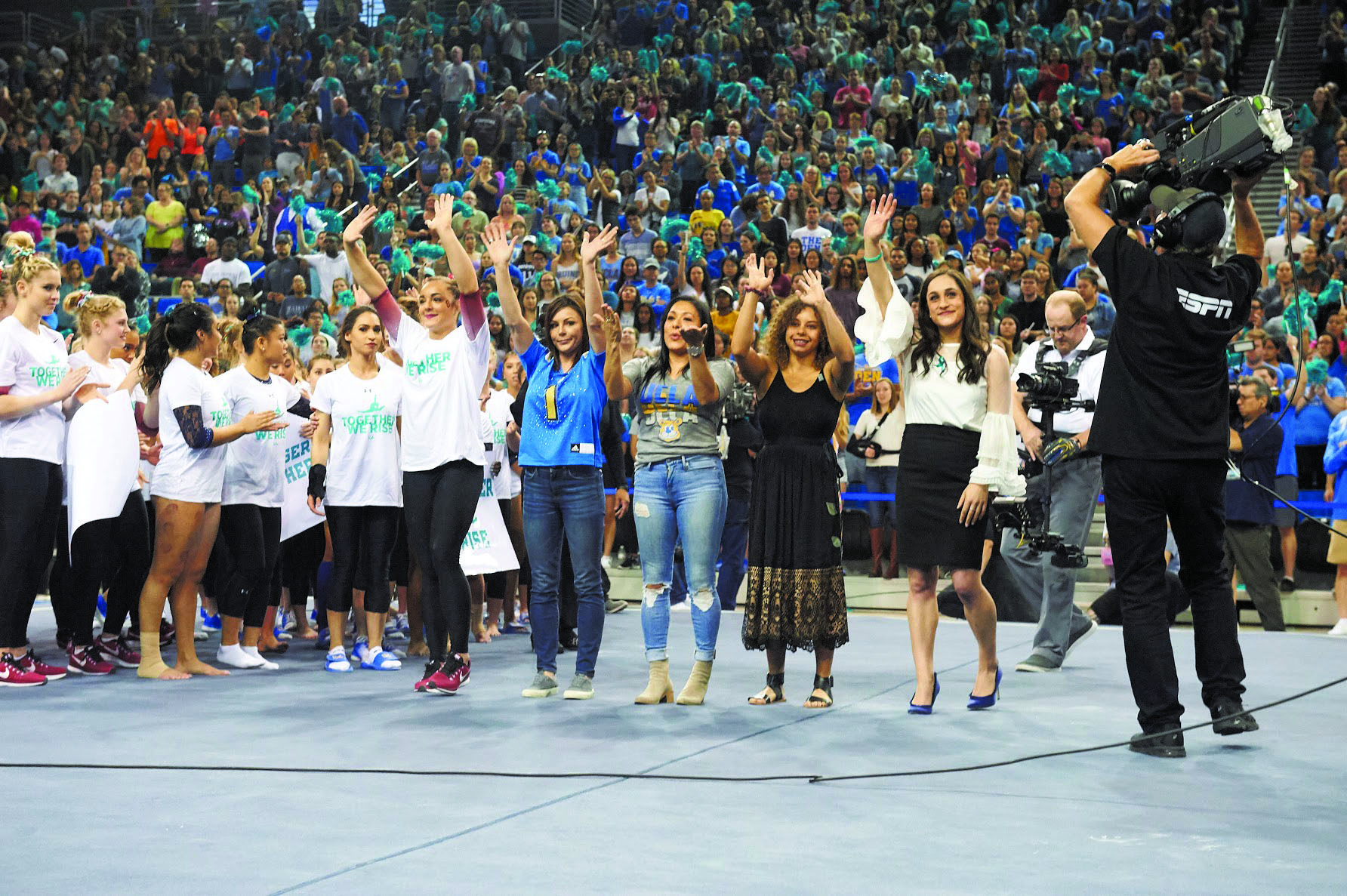 The UCLA and Oklahoma gymnastics teams came together on Sunday, Feb. 4 for not only a competition between two of the top teams in the nation, but to pay tribute to survivors of sexual abuse, including five in the Bruin and Sooner family. The tribute also honored a number of women who recently came forward against former USA Gymnastics doctor Larry Nassar, several of whom were UCLA gymnasts.

Following a competition that saw six perfect 10s – three from each school – and an outcome that went down to the wire and in Oklahoma’s favor by one-tenth of a point (198.050-197.950), the teams came together in a powerful display of unity and strength. UCLA Head Coach Valorie Kondos, and Field and Oklahoma Head Coach K.J. Kindler introduced a video that featured gymnasts from both schools thanking the survivors for speaking out and for bringing about change.

Five of the survivors featured in the video – UCLA alumnae Jamie Dantzscher, Jeanette Antolin and Mattie Larson, Oklahoma gymnast Maggie Nichols and UCLA volunteer assistant coach Jordyn Wieber, were then introduced and given a lengthy standing ovation. They joined the two teams to form one big circle around the floor exercise mat to symbolize the meet’s theme of “Together We Rise”.

During the meet, gymnasts from both teams wore teal ribbons in their hair, and coaches pinned teal ribbons on their clothing. The crowd of over 9,500 fans in Pauley Pavilion waved teal pom poms during the meet.