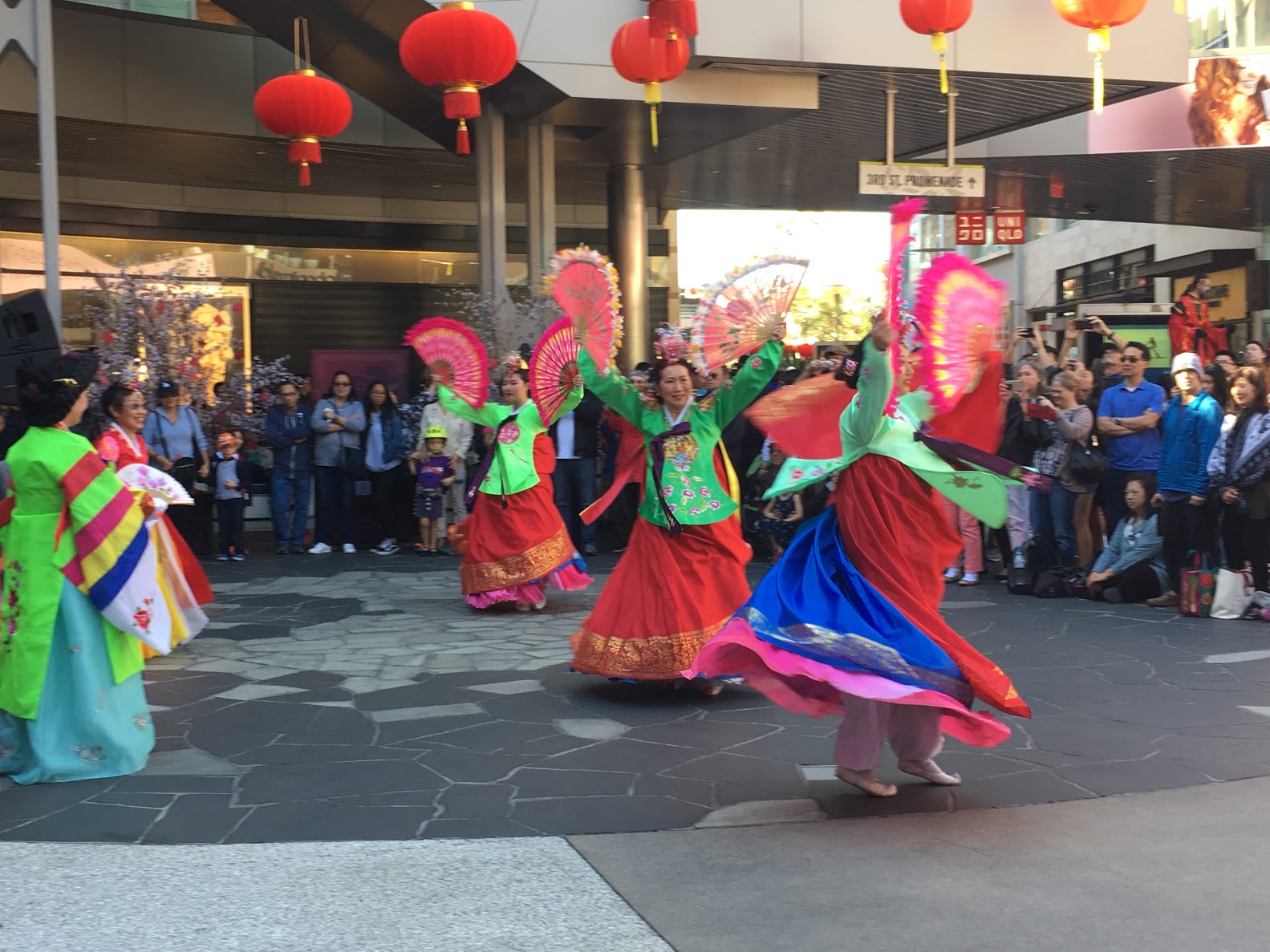 The event was emceeing by Katherine Ho, a contestant on Season 10 of “The Voice,” and who first MCed the event last year.

“Before that I was pretty new to MCing,” Ho said, explaining that at last year’s event, she went in nervous but eventually warmed up to the job. “Santa Monica is such a beautiful place, it’s hard not to be pumped about it.”

In between performances by Korean fan dancers, Ho herself sung a song to the sizable audience taking up most of the square at the center of Santa Monica Place.

Ho’s family is Chinese, and she has celebrated the Lunar New Year throughout her life.

“Most of my family’s in China so we usually Skype or WeChat them in,” she said. “It was definitely an important part of my childhood.”

Dough artist Chris Lee was another major attraction at the event. Lee practices a Chinese art of creating dough dolls, which has its roots in an over 2,000 year old tradition, but is used by modern dough artist to create both icons from current pop culture alongside original and non-product affiliated creations.

Rounding out the event were stilt walkers, a balloon animal maker, a themed backdrop with an associated hashtag, and a large and crowded series of arts and crafts tables at which children could make Lunar New Year-themed crafts.