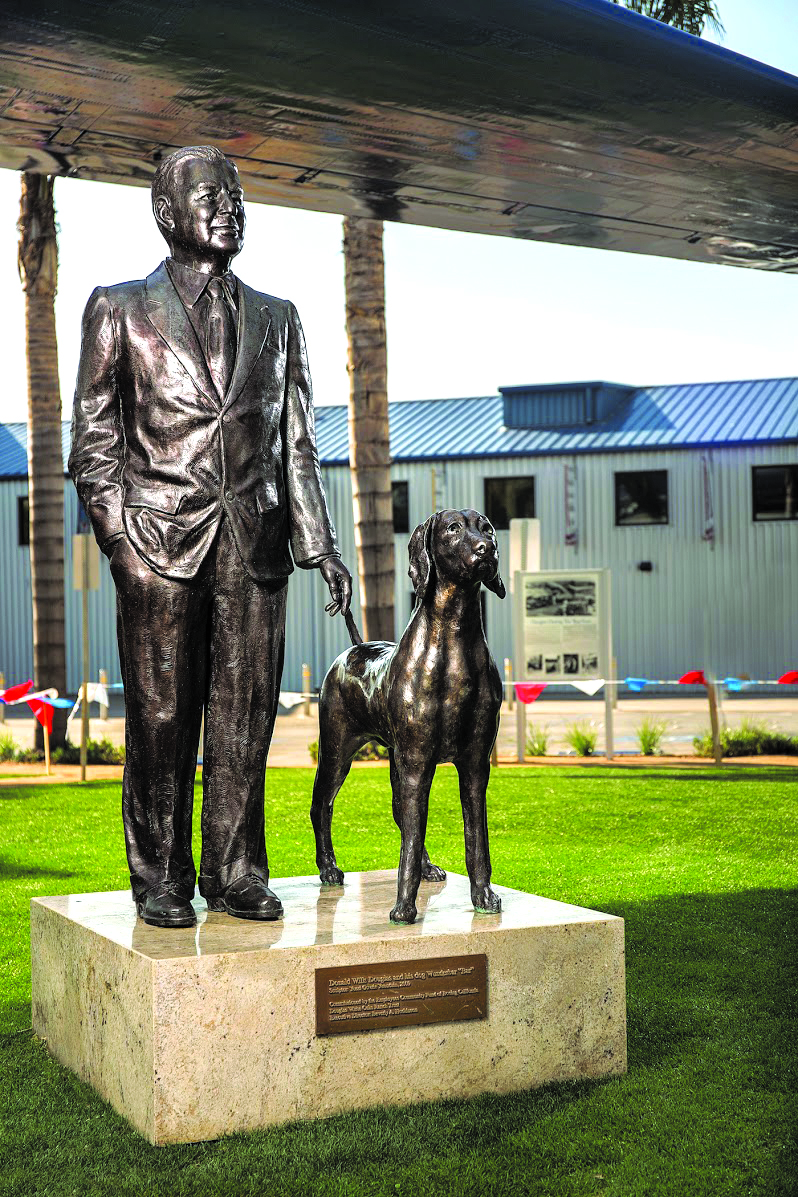 On Saturday, March 24, celebrate art with live music and food trucks, at the Santa Monica Airport Annual Art Walk. The City-sponsored free event is always festive, but this year, there is genuine concern about the future of the beloved arts center. Santa Monica Art Studios (SMAS) is a celebrated cultural center. Due to a regulation change at the airport, the City of Santa Monica will soon take over the lease of the City-owned property. Artist’s leases will be transferred from the business entity of SMAS to the City, but the management job has not been offered to the current co-directors of SMAS – Yossi Govrin or Sherry Frumkin.

Artists have rallied around founder Govrin. Rachel Grynbhas met Govrin 14 years ago while applying for her studio at the arts complex, which was not fully renovated. “I witnessed the personal attention he paid to every aspect of the massive remodel and his thoughtful interactions with the city and the artists,” Grynbhas said.

Govrin’s plan was to build a safe haven for artists and engage with the surrounding art community. “Yossi Govrin has done just that and more. In the 14 years since I have been a SMAS artist, Yossi has been a forceful leader of this special arts collective in the city,” Grynbhas added.

“Yossi Govrin recognized the need for an art center and created a supportive and collaborative environment for both emerging and accomplished artists with regular exhibition openings and numerous free events to the public,” Barckute said. She added that Govrin’s 30 years of management experience makes him the best person for the job.

“Mr. Govrin has enriched the cultural life of Santa Monica and contributed to the city’s reputation as a progressive, welcoming, and cultured oasis for its residents and visitors. As a former employee of Santa Monica Art Studios, I am alarmed about the City’s pursuit to reform the art center – an effort, which is surprisingly incongruous with the City’s mission to support the arts.”

Other artists such as Krista Augius believe that Govrin should be compensated for creating such a viable asset to the City, instead of having it taken away from him.

“Yossi’s vision and his relationships with artists, community leaders, national and international galleries, curators, philanthropic organizations and consulates, etc. have given Santa Monica Art Studios the reputation it has earned today,” Augius said, adding that it is reprehensible that the City would not offer the management job to Govrin.

The hopes of many local artists is that SMAS can remain as is with its current leadership. Mayor Ted Winterer commented, “Yossi (Govrin) is welcome to apply for that management position. And his proposal may show that based on his experience he is the preferred applicant. However, we cannot legally ‘just let him continue doing the job.’”