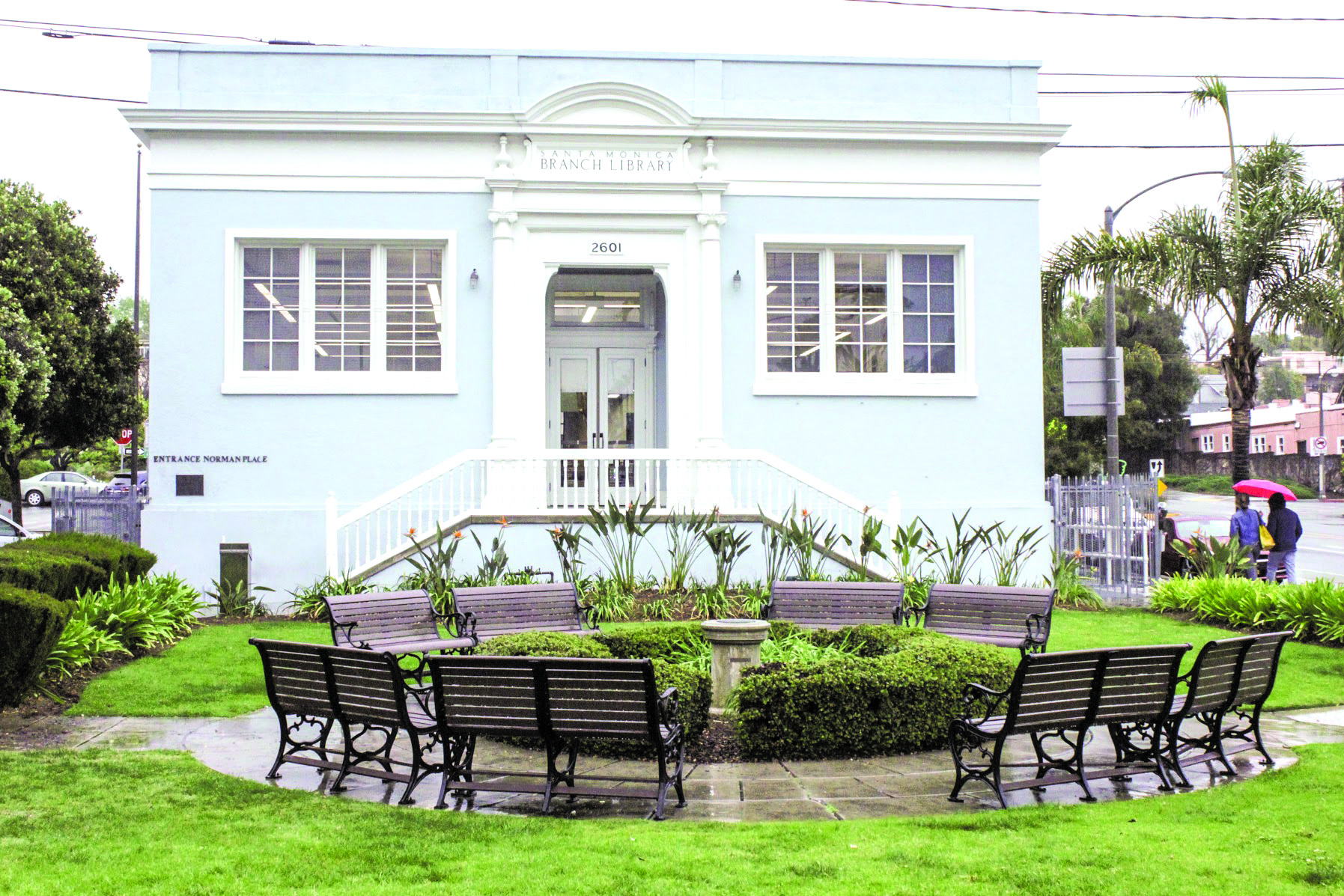 Over the course of his presentation, Breisch illustrated the trail of correspondence that occurred between local library advocates, City of Santa Monica officials and Andrew Carnegie, the Scottish philanthropist who financed the construction of more than 1,500 libraries across the United States. Among the correspondents was Santa Monica’s first and longest-serving librarian, Elfie Mosse.

“In one of her letters to Carnegie,” stated Breisch, “she emphasizes the people’s need for an ‘attraction’ in the area because the neighboring towns had easy access to liquor.” However, according to Breisch a spike in population and tourism also added to the need for an additional library in Santa Monica.

Among the attendees of the presentation were members and supporters of the Santa Monica Conservancy. Sylvia Gentile, who was attending with architect Mario Fonda-Bonardi, Karen Reitz stated that she was amazed at how the “Neoclassical style architecture became an emblem of learning.”

Breisch’s presentation highlighted how the library’s Greco-Roman influence was designed by Frank T. Kegley and H. Scott Gerity, saying that they modeled it after buildings such as the Parthenon. Through months of correspondence and a grant of $12,500, in 1916 Andrew Carnegie set the wheels in motion for a century of learning.

When asked about how the branch has stayed modern Karen Reitz, responded by highlighting some of the cosmetic and structural changes made; furniture donations made by the Friends of the Santa Monica Library; a re-carpeting and interior improvement project held in 2011; new desks and even a self-checkout.

What’s next for the Ocean Park Branch? For more information, visit https://smpl.org/OceanParkBranch.aspx.