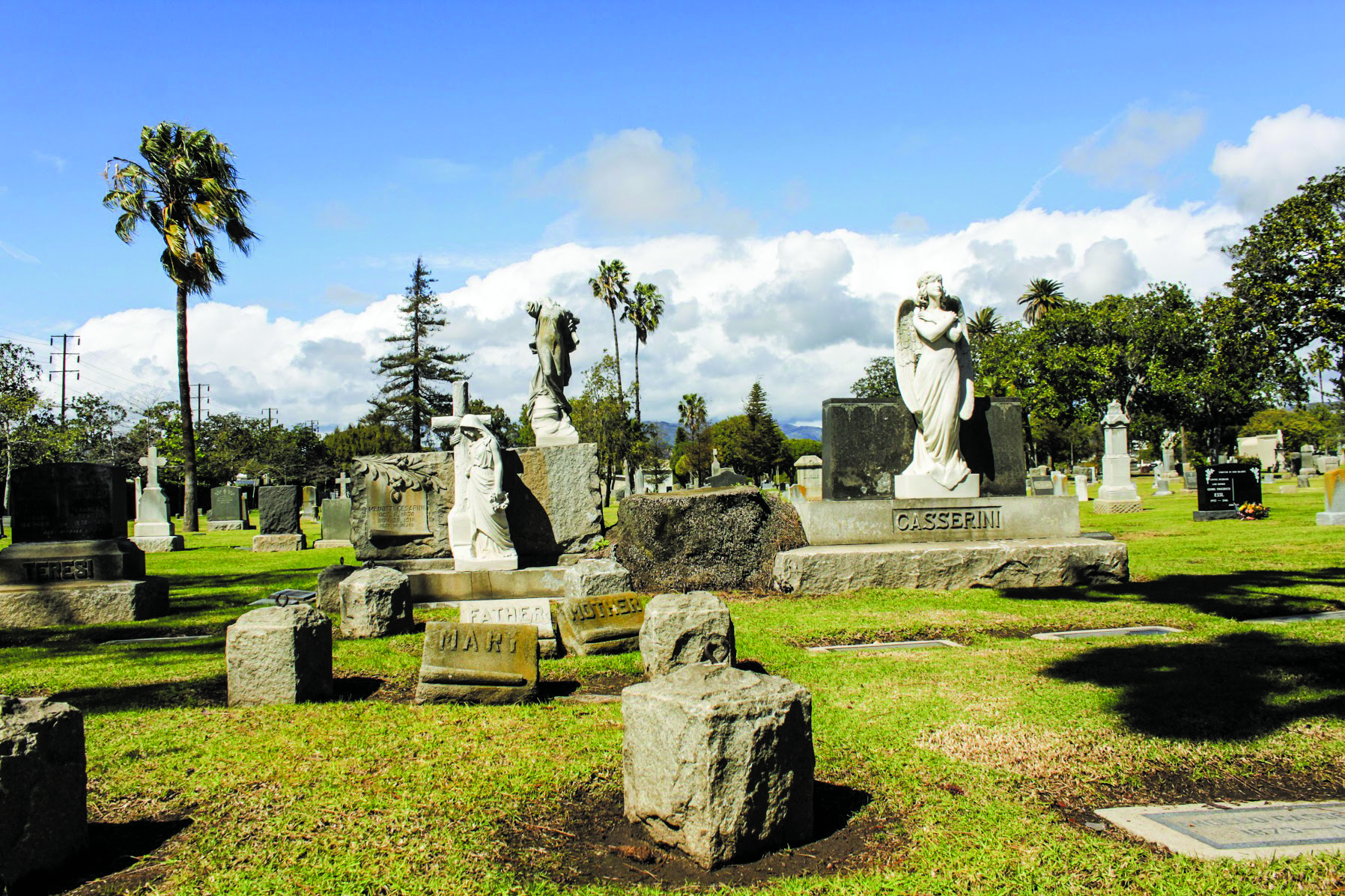 On Saturday March 3, a late winter shower greeted attendees of Woodlawn Cemetery’s fourth annual Living History Tours. Fresh rainwater had slid down blades of grass and soaked into the soil; from the tombstones in the Garden of Innocence, to the wildflowers of Eternal Meadow, from the Japanese Monument, to the U.S. Civil War monument and beyond. The dampened terrain and rolling clouds added to the tour’s ambiance, it was as though the rain had enabled the spirits to rise from the grave to share their story once again.

Inside the cemetery gates an eclectic cast of actors took on the roles of some of Woodlawn Cemetery’s notable interments. The grounds have been in operation for over a century and serve as a final resting place of Santa Monica residents, veterans, as well as civil servants and entertainers.

The tour was produced in conjunction with the Santa Monica Commission on the Status of Women and honored this year’s theme of Women’s History Month, “Nevertheless she persisted,” by highlighting women who had combatted discrimination.

In a reprisal role as Sally Ride, the first American woman and youngest American astronaut to travel to space, actress Laura Walker said that she “watched interviews of Sally Ride to learn her speech cadences.” According to some, Ride is Woodlawn’s most notable interment.

On the other side of the cemetery, beyond the Italian Stone Pine and Hollywood Juniper trees, Emmanuel Paraskiv played the role of Popeye next to the headstone of Elzie C. Segar, an American cartoonist and the creator of the spinach eating sailor. He finished the narrative by singing a round of “I’m Popeye the Sailor Man.”

The tour concluded with a final monologue inside of the mausoleum and was followed by a return of the tour’s entire cast.

For future tours head to: www.smgov.net/Departments/Cemetery.