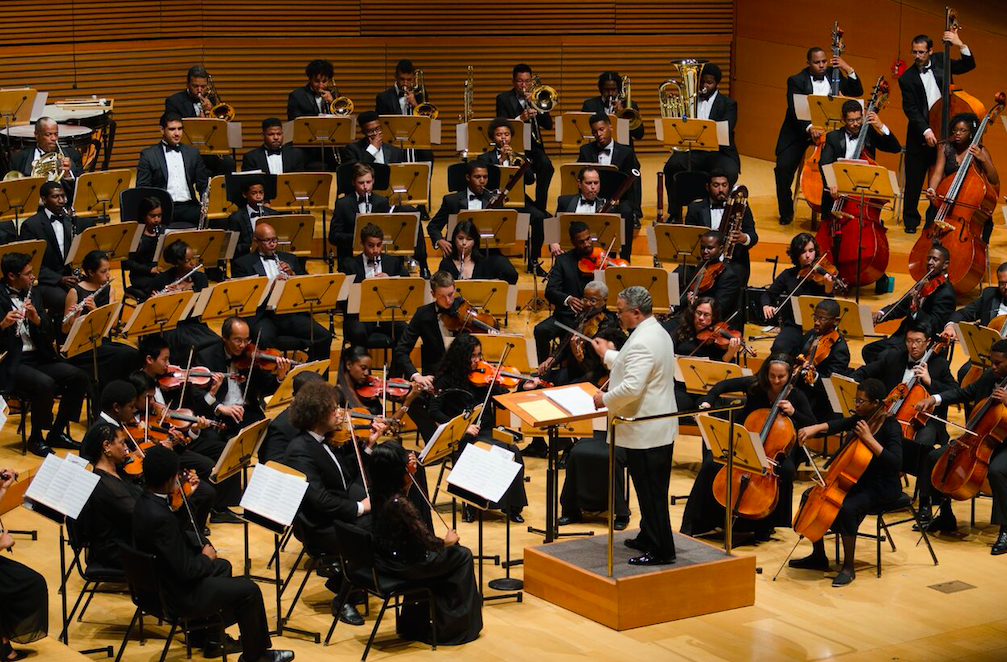 The Mirror’s Beverly Cohn will be joining in a fabulous performance, Wednesday, April 4, as the Inner City Youth Orchestra of Los Angeles (ICYOLA) presents a concert to commemorate the life and contribution of Dr. Martin Luther King, Jr., at the Dorothy Chandler Pavilion, Los Angeles County Center. The free concert takes place on the 50th anniversary of Dr. King’s assassination. The evening will feature a prelude to the actual concert when a symbolic shot at the exact time that Dr. King was shot. A formal program will then follow featuring the orchestra and a chorus of 150 to 200 performing “I Have A Dream,” composed by conductor Charles Dickerson along with other performances, speakers and video clips over the course of the evening.

The performance will feature the West Coast premiere of the orchestrated setting of “The Seven Last Words of the Unarmed” by Joel Thompson. The music marks the final words of seven African American men who were unarmed and killed by police and other aggressors in recent history.

Free tickets are available from ICYOLA. Call (213) 788-4260 or contact icyolaevents@gmail.com to make your requests.