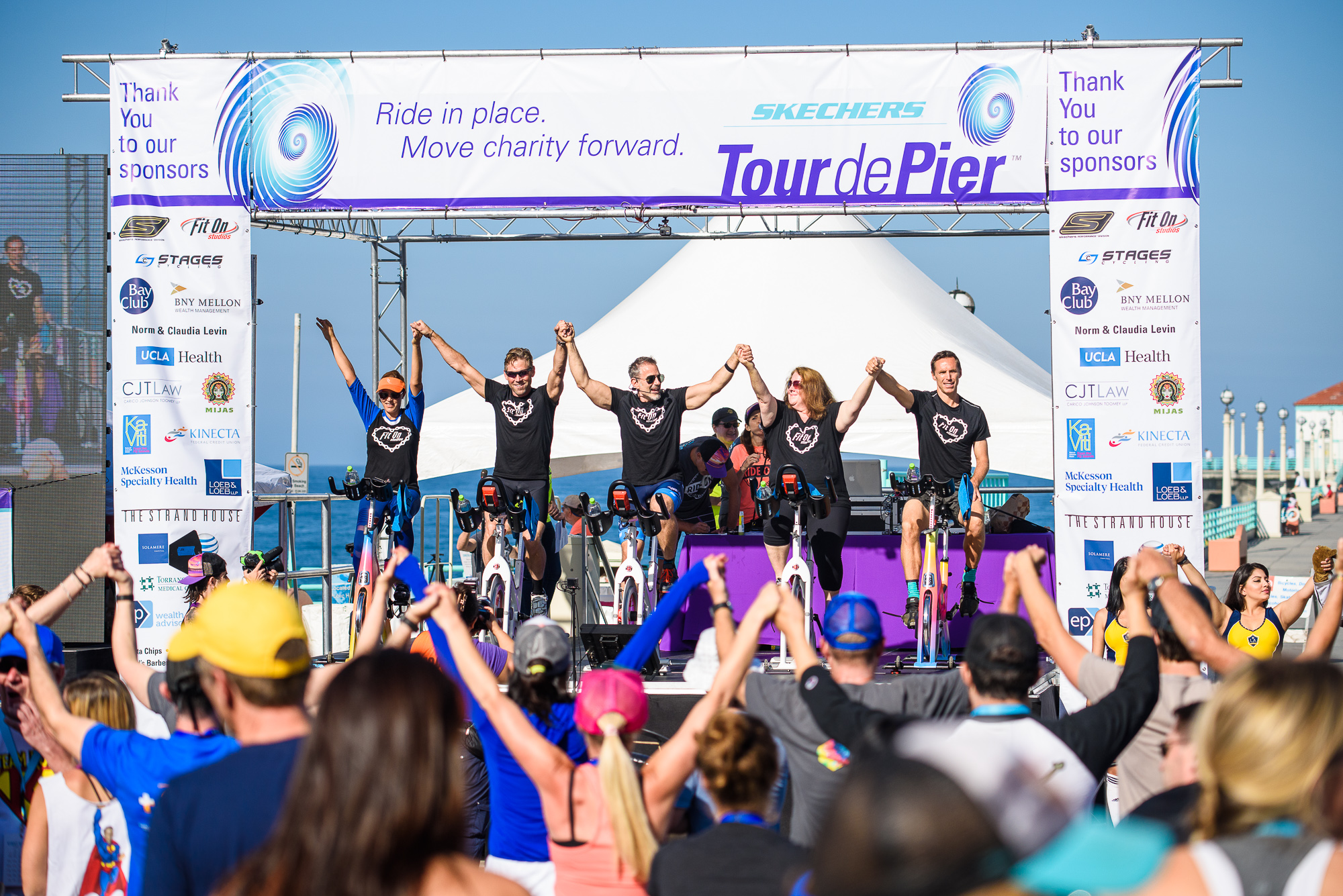 Registration for the most unique fundraising event in Southern California is now open. Stationary cyclists can sign-up to ride in the award-winning 6th Annual Tour de Pier fundraiser held on Sunday, May 20 at the Manhattan Beach Pier & Strand.  Thousands are expected to hit the iconic beachside pier to pedal and raise money for three cancer charities:  the Hirshberg Foundation for Pancreatic Cancer Research; the Cancer Support Community Redondo Beach and the Uncle Kory Foundation.  In 2017, the Tour de Pier broke fundraising records for the fourth consecutive year by raising more than $1.2 million for cancer research and aims to set another record by raising $1.5 million this year.  Since the event’s debut in 2013, the Tour de Pier has raised more than $4.2 million.

The Tour de Pier brings one of the hottest indoor fitness activities – stationary cycling – to the gorgeous outdoors. 1,700 cyclists will be riding on 350 stationary bikes while overlooking the Pacific Ocean. The area’s best instructors and celebrity guests will spin riders through five 50-minute sessions with energizing music and loads of excitement. In addition to cycling, there will be a free Health & Fitness Expo, a Cardio Kids Fun Zone with games and activities as well as entertainment.

Participants must register to reserve a bike for five one-hour sessions. Riders can either recruit up to four teammates or ride solo. Registration fee per rider is $150. Each bike team must raise a minimum of $750 (registration fees will count toward the $750). Hurry and register as bikes sell out quickly. Online registration closes on Sunday, April 29 at midnight or as space permits. The event will take place 8:30 a.m. – 1:30 p.m.on Sunday, May 20 at 2 Manhattan Beach Blvd. Manhattan Beach, CA 90266. For more information or to register, visit www.tourdepier.com.