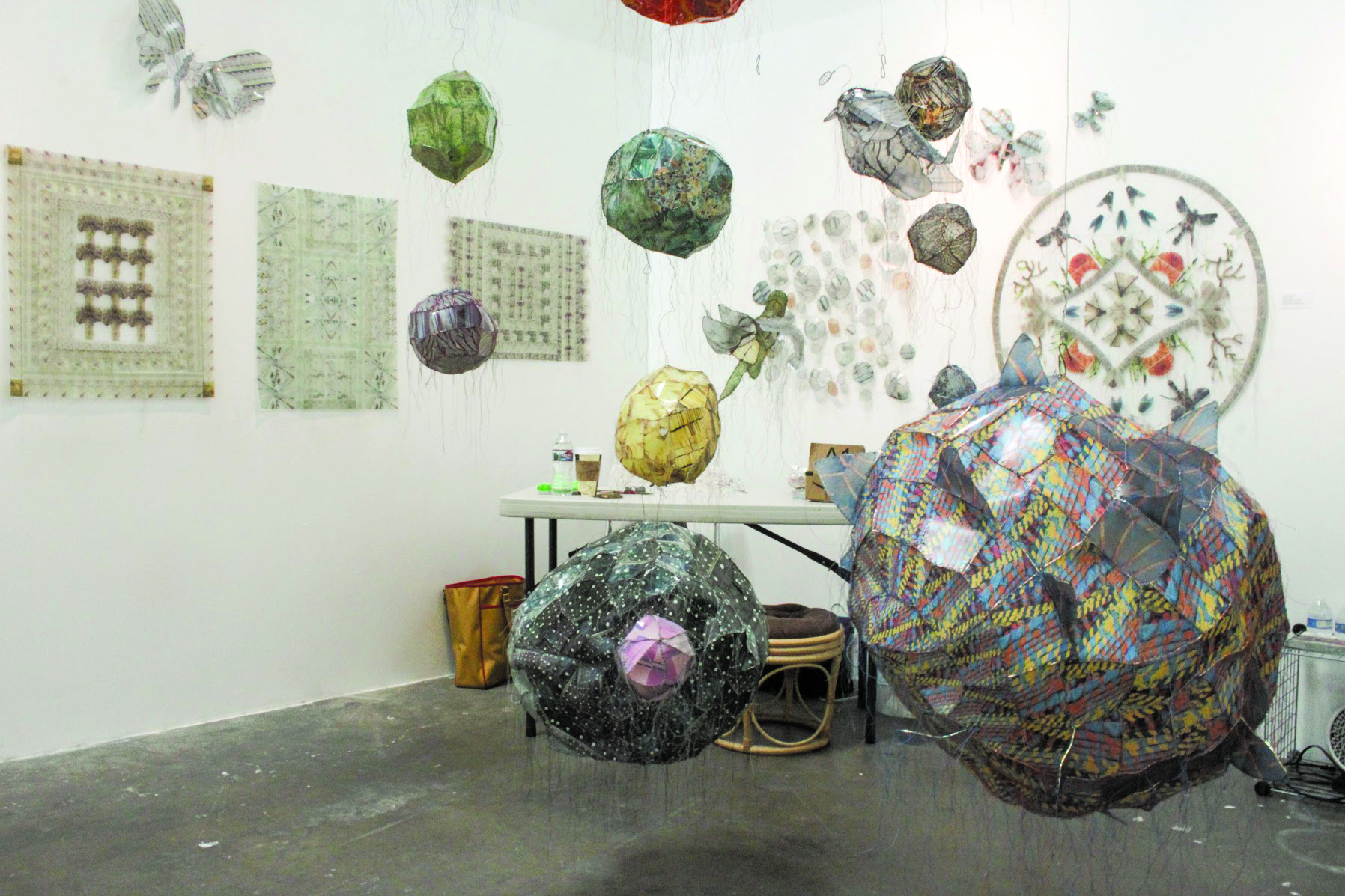 Inside the Santa Monica Art Studios, artist Gwen Samuels hung handmade wire forms of abstract shapes, insects and small animals. “I use polyester to fill in the spaces [of the wire forms] because [the fabric] doesn’t fade,” said Samuels. Originally from the east coast, her art is inspired by her travels, a background in textiles, and photography. She leaves “the threads hanging as evidence of the [handmade] process,” she added.

In the Barker Hanger, Tommy Hollenstein’s live painting captured the attention of attendees. “I started using my wheelchair to paint over 20 years ago,” stated Hollenstein. While there are other artists that paint with their mouths, Hollenstein said that he didn’t enjoy the feeling. Instead, he chooses interchangeable wheels to create “slow and deliberate” paintings. He began to paint thanks to his first service dog Weaver, who inspired him to use non-toxic paint because, “it was safe for his paws.”

On the other side of Barker Hanger, Studio 106 LA hosted a group show titled, “Aeroplane Mode.” The exhibition emphasized the usage of light and sound through interactive art.

Outside, parading from hanger to hanger, the Carmen Perez Memorial Brass Band caught the attention of attendees. Saxophonist, Danny Moynahan, stated that their songs were a blend of “liberation music from all parts of the world,” and founded in memory of Carmen who was a Venice resident.

For more information visit: https://www.smgov.net/Portals/Culture/ or search the hashtags #SMOArtWalk2018 and #SantaMonicaAirportArtwalk on social media.