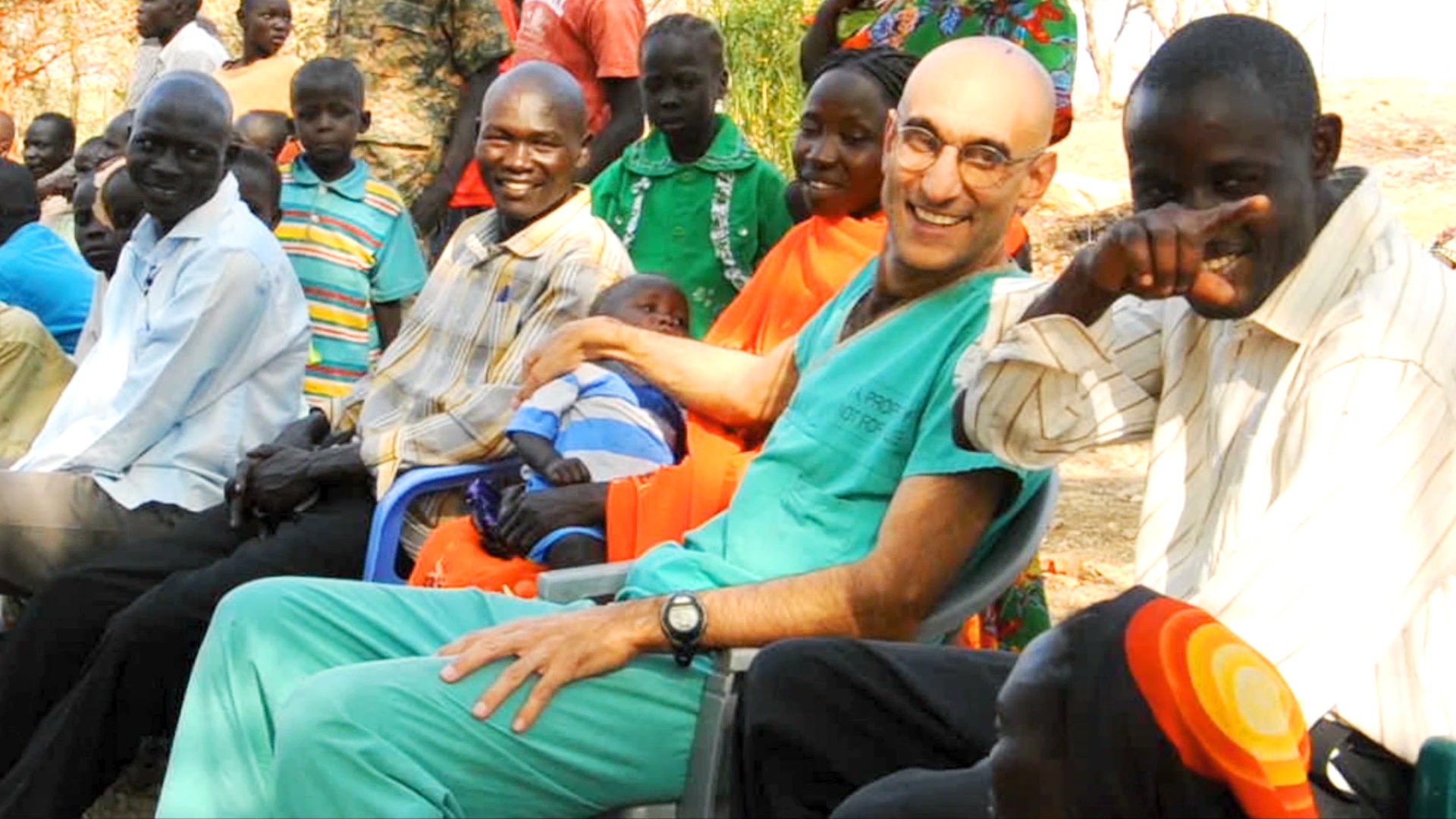 Santa Monica resident Ken Carlson grew up in a small town in Ohio and went to Brown University where he played football in the mid-1980s. Tom Catena grew up in the small town of Amsterdam NY and went to Brown where he played football with Ken Carlson. Carlson became a filmmaker, producing and directing 275 segments of America’s Most Wanted. Catena went on to join the US Navy, who paid for his way through med school. He became a doctor, and eventually found himself in Africa in the crisis-torn Nuba Mountains in Sudan, a missionary doctor at a Catholic Hospital, the only surgeon for the one million people. Catena has had to do every kind of surgery, and for those that he doesn’t know he finds instructions in books. His patients exist amidst frequent air strikes by their own government. Both Carlson and Catena now rely on what Carlson calls “fourth quarter skills” – perseverance, fortitude and toughness, learned in football and essential throughout their lives.

Now Carlson has gone to Africa and spent months shadowing Catena, dodging bombs, to create The Heart of Nuba, a powerful documentary about his friend. If there is only one film you see this year, make it The Heart of Nuba. This is a beautifully shot and skillfully structured film that leaves you feeling that you are part of the world of Catena and the people of Nuba. Even the sound and music are haunting. The film is edited so that a huge store of information is revealed in layers. You will feel as if you’ve witnessed a story unfold. Watching it, you absorb the life’s work of one of those rare human beings who is truly larger than life, with an almost unearthly spirit guiding his actions. Pieces of the past are woven into a quilt of the present so that the real human being and the real environment, along with the beauty and horror that come with them, are brought to life.

incredibly effective. Sudan President Omar al-Bashir had been responsible for the constant bombings in the region. He apparently cared about the natural resources in the region, and not its people. Upon being shown The Heart of Nuba, al-Bashir ordered a cease-fire that has now lasted months.

For all the whining, posing and power wrangling that makes headlines in today’s news, it is so refreshing to see a story of the kind of person that we should all aspire to be, no matter what our religious or non-religious affiliations. Dr. Tom Catena puts it simply: “The lives of the people here matter as much as anywhere in the world. We can’t lose sight of that…or else we lose our humanity.”