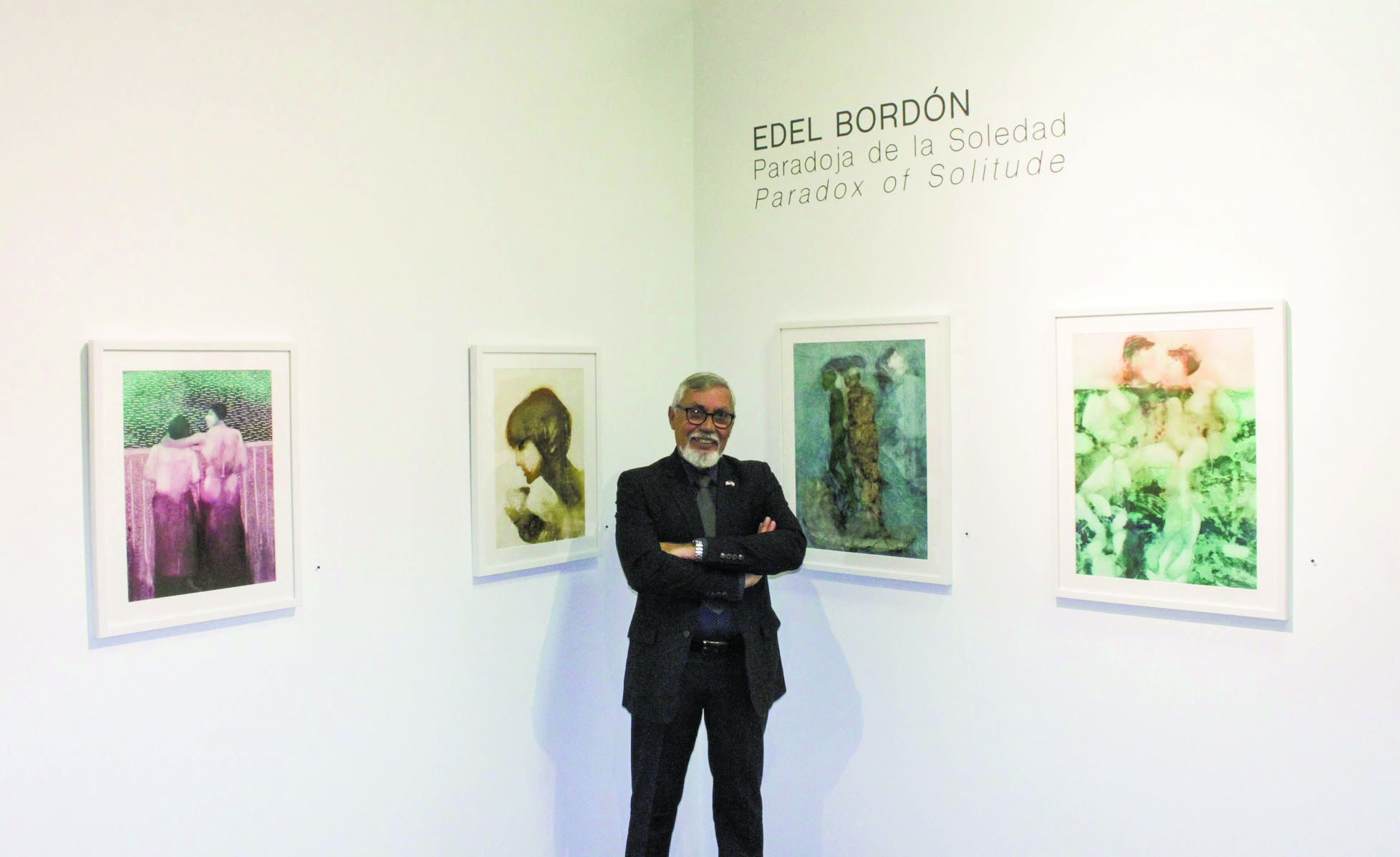 The recent rain didn’t stop art lovers and gallery enthusiasts from attending the Lois Lambert Gallery’s opening reception for Cuban artist Edel Bordón and Los Angeles-based artist Martiros Adalian on Saturday March 10. Slowed down guests, perhaps, but not stopped, because inside the gallery a tapestry of artful conversations filled air.

Martiros Adalian’s paintings lined the walls of the front exhibition room. “It has been three years since I exhibited here,” said Adalian. The works he selected for this exhibition were evocative of seated portraits commissioned by Baroque era nobility, but modern due to the incorporated yellow caution tape motif that stretched across the walls.

When asked about the usage of the yellow caution tape, Martiros responded by stating, “question [the] authority of historical figures of power.”

According to gallery curator, Lois Lambert, Martiros has been painting since the age of three, and immigrated to the United States from Armenia in 1994. She said that “Martiros paints figurative portraits in the manner of artists like Peter Paul Rubens and chiaroscuro artist Caravaggio as well as Eugène Delacroix.”

In the adjacent room, Bordón’s exhibition “Paradoja de la Soledad | Paradox of Solitude” was bustling with laughter, “hellos” and “holas” as the Cuban Painter introduced some of the attendees to his sister who attended via a video call.

“My father was a professor for 42 years and the Chief of the Paint Department at the San Alejandro Fine Arts Academy [in Marianao, Cuba] for eight years; for the paintings in this exhibition he used chrome cardboard paper and needles to create the human figures you that see.”

Martiros Adalian’s “Caution” and Edel Bordón’s “Paradoja de la Soledad | Paradox of Solitude” are now on exhibit at the Lois Lambert Gallery until May 5.