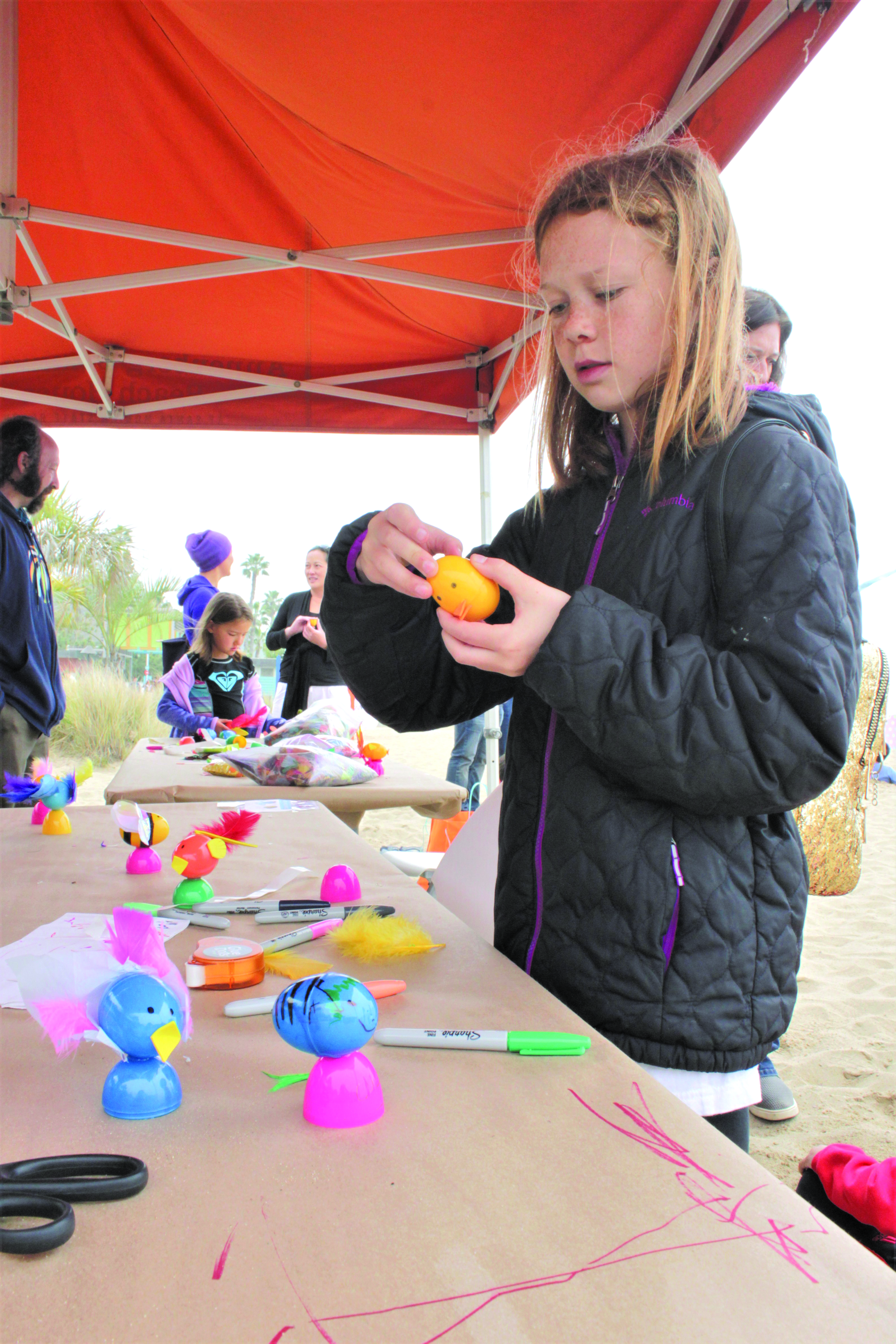 Santa Monica’s Annenberg Community Beach House hosted their inaugural Eggstravaganza Saturday March 31. The event included games, arts and crafts as well as face painting led by the lifeguards and staff of the historic beach house and drew a crowd of at least 350 attendees.

“The event’s pre-registration filled up quickly” said Heath Hamilton, Beach Recreation Supervisor for the City of Santa Monica, “making sure that we had the right amount of materials for attendees was a challenge.”

As this was the first Eggstravaganza hosted at the Annenberg Community Beach House, the challenge, “was a good one to face,” said Hamilton.

“I like the history of the building” said Elizondo as she held up a completed succulent planter, “[William Randolph] Hearst, developed the site for the actress Marion Davies.” Both she and Cereceda have worked as lifeguards at Annenberg Community Beach House for seven and five years respectively.

In the adjacent craft area Federick, age 8, used the plastic egg shells to create a series of people. “This is Jack,” he stated as he held up his creation. His sister Anna, (11) used the egg shell to create a chick. “I used foam and feathers to make this.” Both children had missed the pre-registration, but were still able to participate in the day’s events none the less.

Utilizing social media to spread the Eggstravaganza word; “We’re using the hashtag #BeachHouseEggDash for this event” added Hamilton, “and we have more community events coming up as summer approaches including the Cardboard Yacht Regatta and the first day of summer and our big Summertime Community Picnic.” For more information about the City of Santa Monica Annenberg Community Beach House visit: www.annenbergbeachhouse.com.