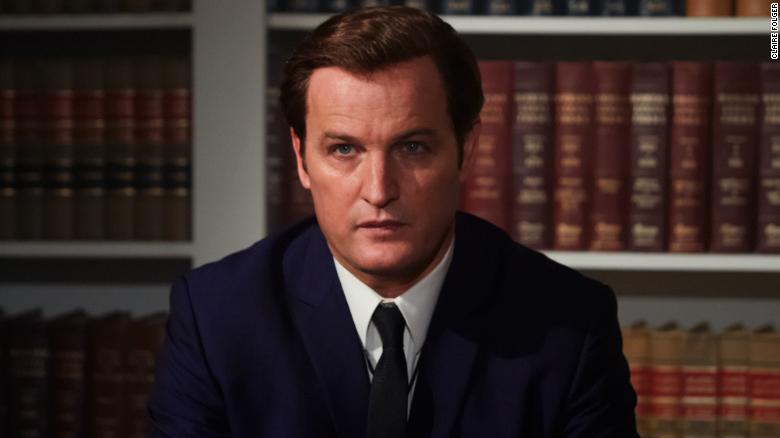 After watching Chappaquiddick, I felt as if I’d been repeatedly hit over the head, not violently as if with a two by four, but annoyingly as if with a wet dishtowel.  I felt like the rug of emotional depth had been pulled out from under me.  The film explores the incident that could have (and some say should have) brought Ted Kennedy’s political career to an end.  The story covers only a short segment of his long life –   the infamous and tragic accident at Chappaquiddick.  In a sense this was a wise choice on the part of the filmmakers since his was a long, remarkable and complex existence.  Where the team could have done better is in character development. This problem is in the writing, not in the actors’ performances.

Kennedy’s personality flaws led him to make tragically bad choices as the Chappaquiddick incident played out.  He was in his mid-30’s at the time, the youngest son of a monumentally overbearing, extremely controlling father.  Having lost one older brother in World War II and then two more to assassination within the space of five years, the film shows during scenes based on historical fact, that his emotional growth had been stunted.  His sense of normalcy was shaped by the cruel dictates of his father and the care of a legion of family “fixers” who handled any moral and ethical problems that arose. This much is elaborated by excellent performances in the film, especially by the venerable Bruce Dern as “Joseph,” the Kennedy patriarch, so riddled with the effects of strokes that he can direct venomous thoughts to his son with only his eyes.  Ed Helms is wonderful as perhaps the most important character, “Joe Gargan,” Ted’s cousin and closest friend and advisor.

The problem I had with this movie is that it did not delve into personal history of the players that would bring them to life for the audience.  “Mary Jo “Kopechne,” in spite of an excellent performance by Kate Mara, is just as much a cypher as she seemed in contemporary news articles.  I can recall at the time thinking, “Who was this girl?” News articles at the time seemed to reference her as nothing more than a very important dead body.  As she drowns in the car in the film, it’s hard to feel for her as we should, since we have hardly had a chance to get to know her.

Chappaquiddick is worth seeing for its historical value.  Most of the players became important political figures as did Ted himself.  The film leaves unanswered the question of how did a child disguised in a thirty-something body survive the implications of this terrible incident and then go on to become the great servant to his country that was the Ted Kennedy we came to know.  That man had a profound effect on our history.  Where do these two characters meet?