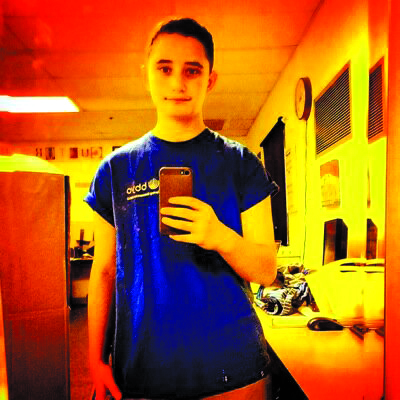 Jake Hofheimer, up until last year a second baseman for the New Roads School baseball team in Santa Monica, will be honored April 15 at JQ International’s annual awards brunch. 19-year-old Hofheimer, as the first trans man in the country to compete in varsity high school baseball, is in line to receive the Trailblazer award.

“A trailblazer is someone who’s a leader and is creating a sense of inclusion for people where those people may not be already included,” Hofheimer said when asked for his definition of the award. “For me, that was done through showing people that baseball isn’t a cisgender man’s sport. Anyone can play.”

As a young trans activist, Hofheimer is no stranger to the JQ International community. He participated in JQ’s Transgender Day of Remembrance in 2016, and was encouraged by his mother to get involved with Santa Monica’s Jewish LGBTQ+ organization in 2015. Ever since, he’s been an active member of JQ, even as he began his Freshman year at CU Boulder this year. At New Roads, Jake attended the Jewish Queer Straight Alliance regularly. In college, he continues to study gender and sexuality while advocating for trans rights through the country.

“JQ is an organization that I’m really happy to be a part of,” Hofheimer said after learning of his win. “I’m proud of the work that they do, and I want to see them continue to do the amazing work that they’re doing.”