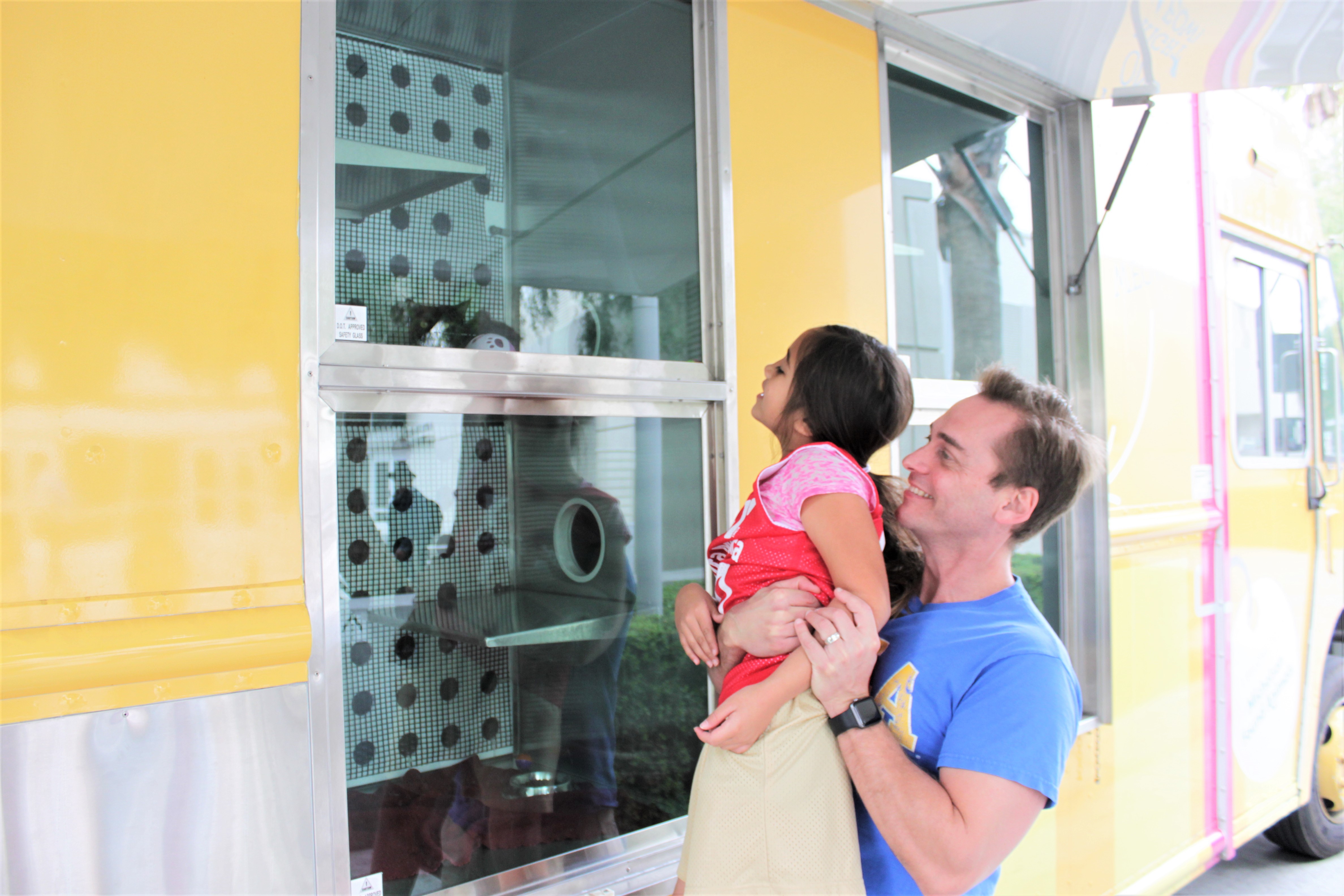 You may have heard of a Paddy Wagon, but Saturday April 7, the Santa Monica Public Library received a visit from the Catty Wagon.

The mobile adoption vehicle was part of Caturday at the library, a day of feline focused activities for library patrons. In addition to the Catty Wagon, the library hosted a film screening of the 2017 film “Kedi” inside the MLK, Jr. Auditorium, story time in the Children’s Activity Room, and Kitty Crafts in the courtyard.

Mark and Cathy Shickler were with their two daughters when the Catty Wagon caught their eye. Mark, a resident of Santa Monica for 16 years lifted one of his daughters to see one of the kittens that was on the upper shelf of the Catty Wagon. “We have a hamster, but we have thought of getting another pet,” said Mark Shickler. “We stopped by. but were worried about feeling pressured about adopting a cat” added Cathy.

Nicole Attaie, who has been working with the Michelson Found Animals Adopt and Shop for more than three years, said that she reached out to the Santa Monica Public Library about bringing the Catty Wagon to the event, “the Catty Wagon can be found at local events at least once or twice a weekend,” Attaie explained. Carrying a two year old female kitten named Spring Blossom, Attaie said that all cats on the Catty Wagon are rescues, of varying ages and breeds.

Santa Monica Public Library Branch Manager, Barbara Fleeman told The Mirror that that there were more than 400 participants at the event, and the film “Kedi” is available for check out. Patrons can also search the “cat-alog” for more than 1,800 cat related items, stated Fleeman, and “any California resident with a valid photo I.D. and proof of a current California address can get a free library card; they do not need to live in Santa Monica.” For more information visit www.smpl.org/.