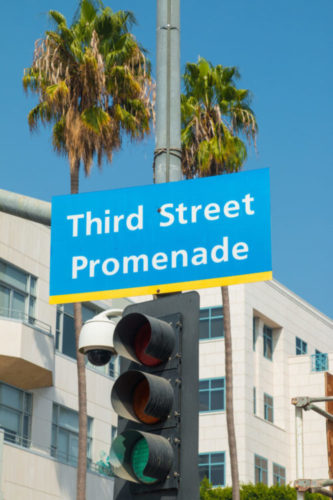 The agenda for the August 14, Santa Monica City Council meeting has been posted and among topics up for consideration is rent control, water and the future fast food restaurants on the third street promenade. The meeting will begin at 6:30 p.m.

During the regular Santa Monica City Council meeting on Tuesday, June 26, Councilmember Kevin McKeown requested City Staff to prepare for a possible repeal of the Costa-Hawkins Act, the 1995 California law that limits cities’ ability to impose rent control. A statewide initiative on the 2018 ballot, however, seeks to repeal the Costa-Hawkins Act and if voters approve this repeal, rents in Santa Monica will be rolled back to 1978 rates. The staff report on measures the City can take in the event of a repeal occurs is not yet available but City Council is slated to continue the discussion about this item on Tuesday evening. For more information about the possibility of a Costa-Hawkins repeal, read our the previous article regarding the issue.

Also on the agenda is a request by Mayor Pro Tem Gleam Davis and Councilmembers McKeown and Terry O’Day that asks the City to endorse the Los Angeles County Board of Supervisor’s Safe Clean Water Program. This is a tax on the 2018 ballot that asks voters to approve or reject a parcel tax of 2.5 cents per square foot of impermeable surface area on private property. According to the County, this tax would generate $300 million in revenue.

City Council will also consider an ordinance that would prohibit new private wells and expansion of private wells without a permit granted by the City.

“Throughout the State of California, unregulated water wells have contributed to the overdraft of groundwater aquifers, the subsidence of land and the contamination and pollution of public drinking water supplies,” the ordinance reads.

Also of note on the agenda is a request by Mayor Pro Tem Davis and Councilmember Kevin McKeown asking city staff to look into ways to limit the number of fast food restaurants on the Third Street Promenade, which Davis and KcKeown contend have been proliferating too rapidly.

For the full agenda, visit http://santamonicacityca.iqm2.com/Citizens/Detail_Meeting.aspx?ID=1147