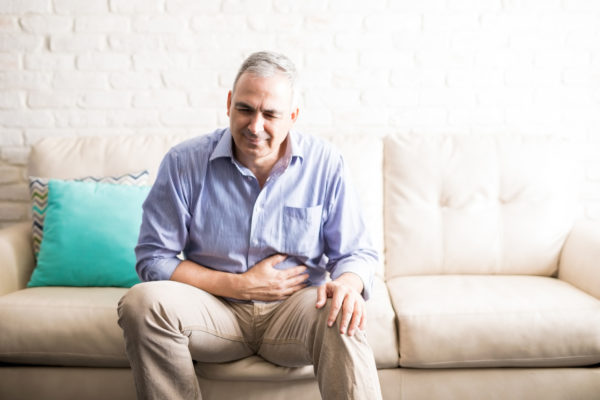 As millions of us prepare for our traditional end-of-summer picnics or barbecues, experts advise special care to prevent botulism and other potentially fatal food-borne illnesses.

I remember when I was in my 20s, my roommate and I went to a drive-through to get a chicken sandwich. 2 hours later, we took turns holding the toilet seat. We were so sick. It lasted two days. It took me years to have another chicken sandwich from anywhere. Maybe the people who made it didn’t wash their hands. Eeew.

Another time, my husband and I celebrated my birthday by traveling to Pismo Beach for a romantic weekend. The night before we left, we had dinner at a restaurant on Sunset. I had the oysters.

The next morning, I felt a little ill, and by the time we got there I had full-blown food poisoning. I could not sleep, eat or walk two steps because I had to tear back to the backroom. This went on for the whole weekend.Happy birthday to me…

Potentially fatal, botulism is caused by foods contaminated by the clostridium botulinum bacterium, which is commonly found in the soil. A toxin is produced when the bacteria grow in foods.

In adults, the toxin is absorbed from the intestines and attaches to the nerves, causing blurred vision, dry mouth, difficulty in swallowing or speaking, general weakness, and shortness of breath. Severe botulism may result in dangerous breathing problems, paralysis and potentially death.

Botulism can be treated with a substance that counteracts the toxin if it is diagnosed early. But the breathing problems and paralysis that occur with severe botulism may require a ventilator to breathe for the patient for weeks, plus intensive medical and nursing care. The paralysis slowly improves after several weeks if the patient survives. Awesome. If the patient survives?!

Other food hygiene tips to help keep your BBQs safe include cooking chicken, fish, hot dogs, hamburgers and other meats thoroughly. Don’t use anything raw, including eggs or vegetables.

Soak vegetables for 10 minutes in an acid solution such as lemon juice or vinegar, and then scrubbing them to get rid of pesticide or fertilizer residue before cooking them.

Don’t leave foods out for longer than two hours and dispose of them after that time – especially potato salad, macaroni salad, and other creamy dishes.

Final personal story – I was at a BBQ, had burgers, dogs, macaroni salad and potato salad. 2 hours later, driving home, I felt a wave of nausea come over me. I was going to be sick. But I thought I could make it home.

That I did, but as soon as I got out of the car, I threw up right in front of a group of neighbors who were talking. It landed in our rose garden.At that moment, I did not care where it landed.

Also wash all instruments and cutting boards appropriately using a bleach solution of one-part bleach to nine parts water and a scrub brush.

If you do become ill within 24 hours after a picnic or barbecue, it is recommended that you see a doctor for proper diagnosis and prompt treatment. I didn’t; but I was so lucky.