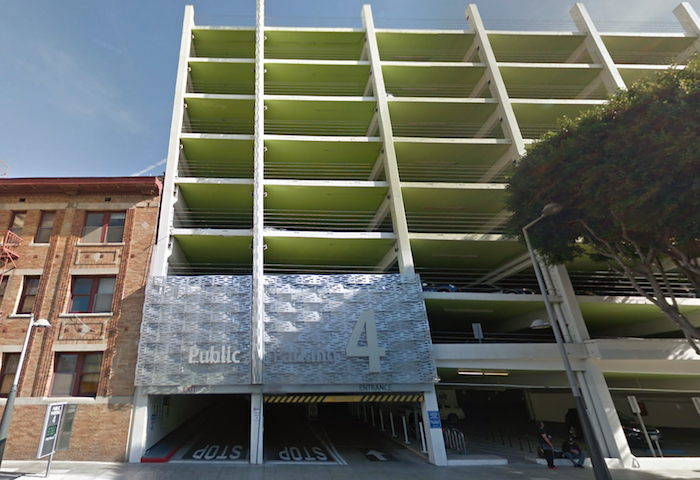 Around 8:34 a.m. on Saturday, December 1, a woman jumped to her death off Parking Structure #4 on 2nd Street in Downtown Santa Monica.

According to Santa Monica Police Department (SMPD) Lieutenant Saul Rodriguez, the victim was a white female in her 60s and there was no evidence of foul play.

Parking Structure #4 where the incident occurred was also the location of another suicide on September 4 when a man was decapitated while attempting to hang himself from an upper level of the parking lot. The Santa Monica Mirror has reached out to the City of Santa Monica asking if any measures will be taken to bolster the safety of the parking lot in the light of these two deaths. Miranda Iglesias, Public Information Officer for the City, said she is following up with the City of Santa Monica Planning Division and the parking operations team for more information about the structure. Check back later for an updated version of this article.