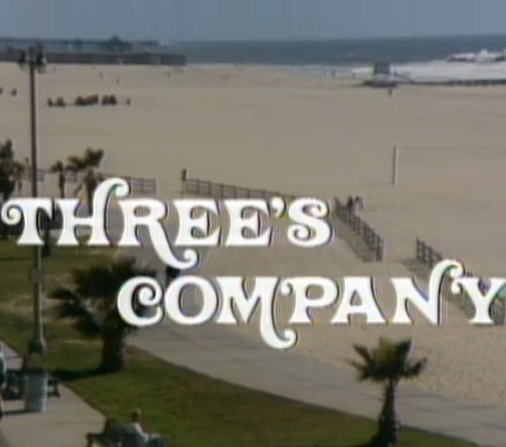 “Three’s Company”, the American sitcom that aired for eight seasons on ABC from 1977 to 1984 has generated many avid fans over the years.

“Three’s Company” painted a picture of Santa Monica that still lingers and for many, influenced a love for the little beachfront city that could. “Three’s Company” ran for eight seasons, from the spring of 1977 to the fall of 1984. Nearly 35 years after the series finale, we take a look back at how much has changed in Santa Monica since the show’s final episode and how much has remained the same.

While it’s clear throughout the series that “Three’s Company” takes place in Santa Monica, very few people knew exactly where Jack, Crissy and Janet’s apartment was located. If you happen to walk past the 2000 block of 4th Street, you might notice that a building looks a little familiar; it’s the building seen in the opening credits of the show. Surprisingly the unit is not even an apartment complex, but a single- family home built in 1928. During the show, it’s referenced that the roommates’ rent was $300. Over thirty years later, you couldn’t even rent a room let alone an apartment for that price. Today, the same two-bedroom, one bathroom, pet-friendly apartment would go for an estimated $5,000 a month. At that rate, not even the roommates would be able to knock on their own door.

Another famous location you might recognize from the opening credits: the Santa Monica Pier. While it’s clear that the pier was far less developed over thirty years ago, what many people don’t know is that during the 70s, Santa Monica almost lost the pier completely to a beachside resort. At the time, the pier experienced a decline in popularity forcing the Santa Monica City Council to order its demolition. The community banded together and was able to save the pier through the “Save Our Pier Forever” campaign which resulted in the Pier Restoration Corporation. Today, the pier is one of the top tourist destinations with over 6 million visitors a year.

Both Chez Jay, 1657 Ocean Ave., and Ye Old King’s Head, 116 Santa Monica Blvd., are both rumored to be the influence behind the design of the gang’s favorite local bar, the Regal Beagle. You can visit both places today, have a drink, and make a friend or two just like the roommates over thirty years ago. The biggest difference: a pint of beer back then cost roughly $2.00. Today you’d be lucky to get a sip of beer for that price.

While the idea of a male living with two females is no longer as taboo as it was over three decades ago and the world was an entirely different place, luckily for us a few things have remained the same since we bid our final adieu to our favorite roommates. Life is still a ball, laughter is still calling for you, and Santa Monica is still one of the greatest cities to live in.

By admin February 9, 2019
in Life and Arts
Related Posts