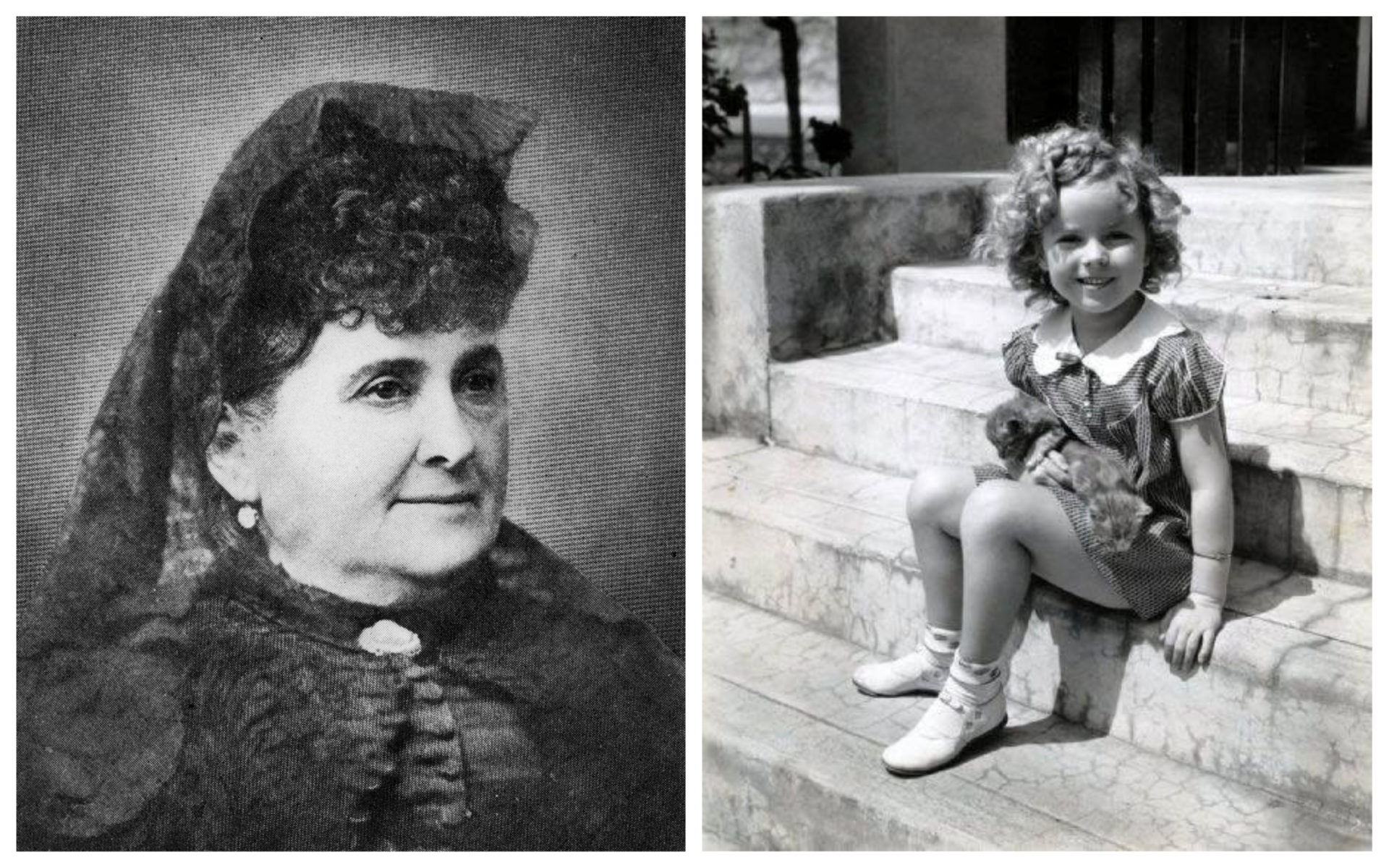 Powerful women all over the world have been trailblazing their way through history, and Santa Monica is no exception. From librarians to movie stars, and everything else in between, women who dared to challenge societal norms made influential contributions to the city of Santa Monica that withstood the test of time generations after them. In honor of Women’s History Month, we take a look back at the iconic women who left their indelible mark on Santa Monica.

With her curly hair, megawatt smile and signature dimples, Shirley Temple tap-danced her way into the heart of the country as America’s sweetheart. Known for her roles in “The Little Colonel,” “Poor Little Rich Girl,” “Bright Eyes,” and “Curly Top,” Shirley Temple was undeniably one of the most well-known and revered child stars of all time.

Born in Santa Monica Hospital in 1928, while Hollywood became her home and the world became her stage, the young starlet’s roots were firmly planted in Santa Monica. Shirley Temple resided at 948 24th Street with her family for the first five years of her life and returned to Santa Monica in 1934 to a bigger home at 259 19th Street.

Beyond her numerous accolades, including an Honorary Juvenile Academy Award in 1935 at the age of 6 and a Screen Actors Guild Life Achievement Award in 2006, Shirley Temple’s contributions to society went beyond the entertainment industry. In 1969, Shirley Temple was appointed a delegate to the 24th United Nations General Assembly. From 1974 to 1976, she served as a United States Ambassador to Ghana under President Gerald Ford. In 1976, she was appointed the first female United States Chief of Protocol. As ambassador to Czechoslovakia under President George Bush in 1989, Shirley Temple witnessed firsthand the political unrest in central and eastern Europe as protestors and riot police clashed. She also served on the board of directors for the various companies including the Walt Disney Company, Bank of America, and the National Wildlife Federation- to name a few.

A consummate professional with the moral compass to match, Shirley Temple evolved from child star to icon with a legacy that continues to live on after her death.

Moss was born in San Francisco in 1867, moved to Santa Monica at a young age, and attended Santa Monica High School. She was only 23 when she became the first City Librarian and only staff member at the Santa Monica Public Library. In 1906, the Clapp Brothers Drug Store on Pacific Avenue established a book exchange where patrons of the public library went to pick up and return books. Moss requested funding to build Santa Monica’s first branch library, and on February 15, 1918, after a $12,500 grant from Andrew Carnegie, the Ocean Park Branch Library opened its doors to the public.

What made Elfie Moss extraordinary was her commitment to children and their access to literature. Moss ensured that a section for children’s books was present in the library and each branch. Because of Moss’s dedication to children, there was story time for kids at the Santa Monica Public Library. She also made sure that the library carried collections of books in foreign languages to support asylum seekers and immigrant field laborers in addition to maps and technical books to support WWI military personnel and civilians.

Born into one of the most influential families in California in 1825, Baker spent a lifetime surrounded by wealth. She used that wealth, and her keen business sense, to have a positive impact on Santa Monica. In 1840, at the age of 15, Baker entered an arranged marriage with a wealthy landowner 28 years her senior, Abel Sterns, and moved to Los Angeles.

After her first husband passed away, Baker was remarried to Colonel Robert S. Baker, business partner with Santa Monica founder Senator John P. Jones. Both Baker and her husband owned two different homes in both Los Angeles and on Ocean Avenue in Santa Monica. After her second husband’s death, Baker, who owned her husband’s land and business holdings, developed a business partnership with Senator Jones and established the Santa Monica Land and Water Company. 50,000 acres of land was developed in West Los Angeles as a result of the newly formed company.

Over the next few decades, Baker was responsible for the nation’s first forestry experimental station as well as the Veterans’ Administration that helped support disabled soldiers and sailors. Alongside Senator Jones, Baker donated land to what is now Palisades Park in addition to schools, parks, and churches.

Baker lived until 85 and was well- deserving of her unofficial title as the “Godmother of Santa Monica”.  She was a trailblazer that helped form the Westside into what it is today and proved that women were just as capable as men at moving mountains and building empires.