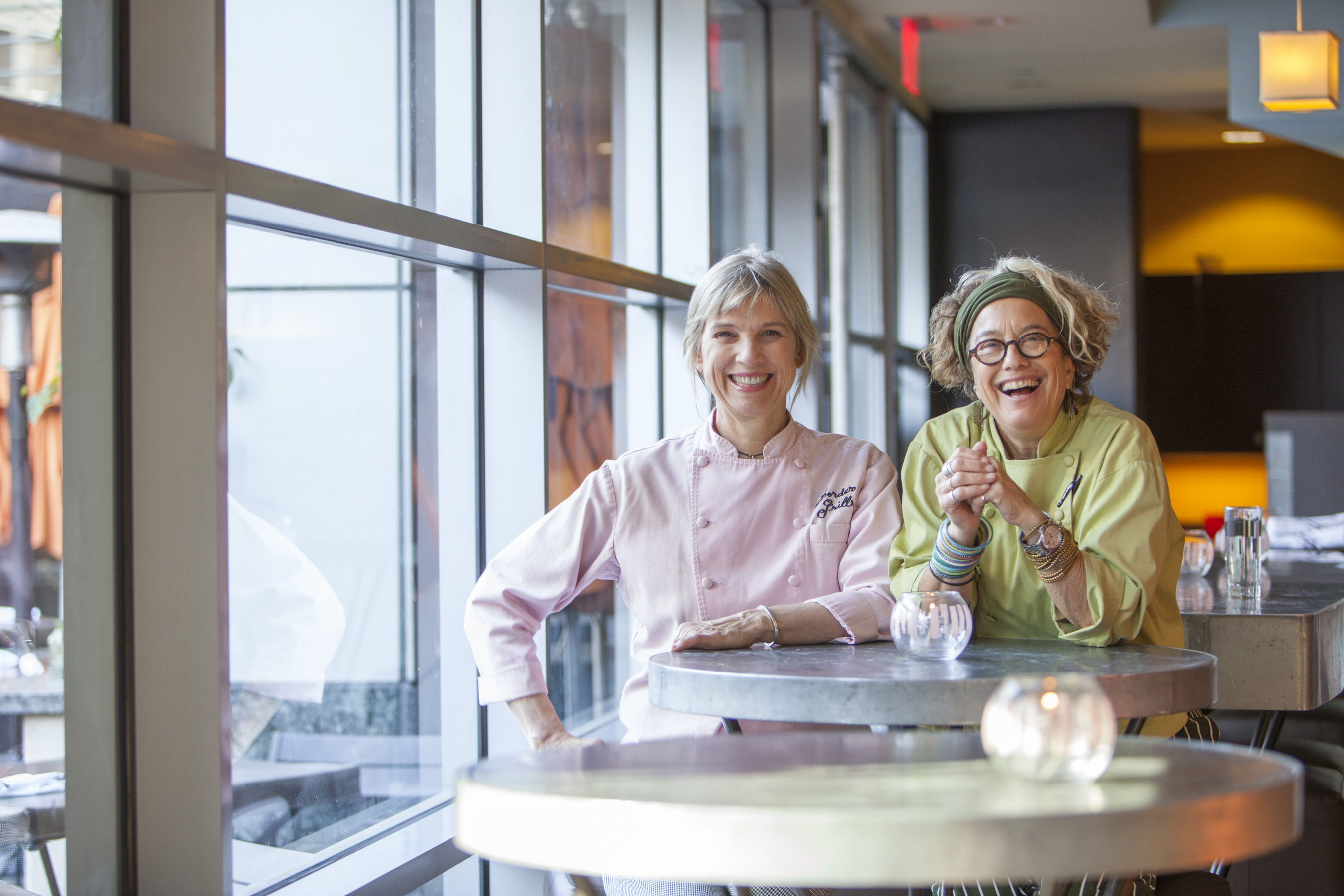 The new neighborhood joint is opening this late Spring and will be located near restaurant-sparse Saint John’s Health Center and UCLA Santa Monica Medical Center.   They’ve taken over the old IHOP space at 1920 Santa Monica Blvd., adjacent to the Gateway Hotel, which is currently undergoing a major remodel and upgrade.

I sat down with Susan and Mary Sue last week to get an idea of what Socalo will bring to the table. The word is they will be serving farmer’s market-fresh ingredients combined with their recipes inspired by Mexican and Latin kitchens they encountered while traveling throughout Mexico.  They informed me that much like Mexico City’s Zócalo serves as a central town square, Socalo is intended to be the neighborhood gathering place. Socal-o.  Get it? Cute.

Appealing to the hundreds of employees that work various shifts in the area’s medical centers, local businesses, and those that make their home in the neighborhood, Socalo will offer a variety of menu options, anticipating the diverse community’s dining needs.  In addition to indoor and outdoor seating comprised of colorful, communal tables and cozy booths, they’ll provide quick-counter service for breakfast and lunch with online ordering and delivery options.

Happy hour and dinner is accompanied by a robust bar program.  Love that word – obust.  Susan and Mary Sue told me they discovered many new mezcals, tequilas and other Latin alcoholic beverages across Mexico while doing research for the restaurant, resulting in Socalo being a unique, one-of-a-kind place for discovering Latin-themed alcoholic beverages.  I want that job!  “Santa Monica is such a great community, that the idea of being able to have a cool bar serving unique spirits and food pairings for happy hour where people can come hang out after work, and stay in the neighborhood is very exciting for us.”

And guess what?  Socalo has free underground parking!  It was a little known parking “secret,” but the “Too Hot Tamales” told me I can announce the news to my readers.  Woo hoo!  Free parking is pretty darn hard to find around there.

About Susan Feniger: Iconic culinarian, author and entrepreneur Susan Feniger may be best known for her modern Mexican concept, Border Grill restaurants, which she runs with her business partner of more than 35 years, Mary Sue Milliken. Susan also launched her own solo ventures—Blue Window with Kajsa Alger at The Huntington Library in 2016 and to-go concept Grab & Global by Susan Feniger at both LAX and San Jose International Airports in 2018.

1982, Susan and Mary Sue forever changed L.A.’s culinary landscape by introducing eclectic dishes from around the world with City Restaurant. That evolved into the larger City Restaurant in 1985—and the introduction of Border Grill as a simple spot for authentic home cooking and street foods of Mexico informed by the duo’s treks through the country. A James Beard Award that same year confirmed their impact on the nation’s cuisine.

Feniger and Milliken brought their innovative approaches to The Food Network with nearly 400 episodes of the “Too Hot Tamales” and “Tamales World Tour” series. They also were the original co-hosts of the popular food-centric radio show, KCRW’s “Good Food,” in L.A. Susan has co-authored six cookbooks, including Susan Feniger’s Street Food and competed on Bravo’s “Top Chef Masters” in 2010.

About Mary Sue Milliken: throughout a groundbreaking, nearly 40-year career, Mary Sue Milliken finds the key to her success in following her insatiable curiosity. She is best known for Border Grill restaurants, trucks and catering, which she runs with her business partner of more than 35 years, Susan Feniger.

Mary Sue seeks to amplify the flavors of amazing ingredients, surprising guests with texture and color while maintaining harmony on the plate at every Border Grill location—Downtown Los Angeles, LAX, the Huntington Library, and Las Vegas’s Mandalay Bay Resort and Casino, as well as gourmet food trucks and catering.

Socalo Restaurant will be located at 1920 Santa Monica Blvd. Follow @SocaloRestaurant on social media to find out when the opening date is confirmed!