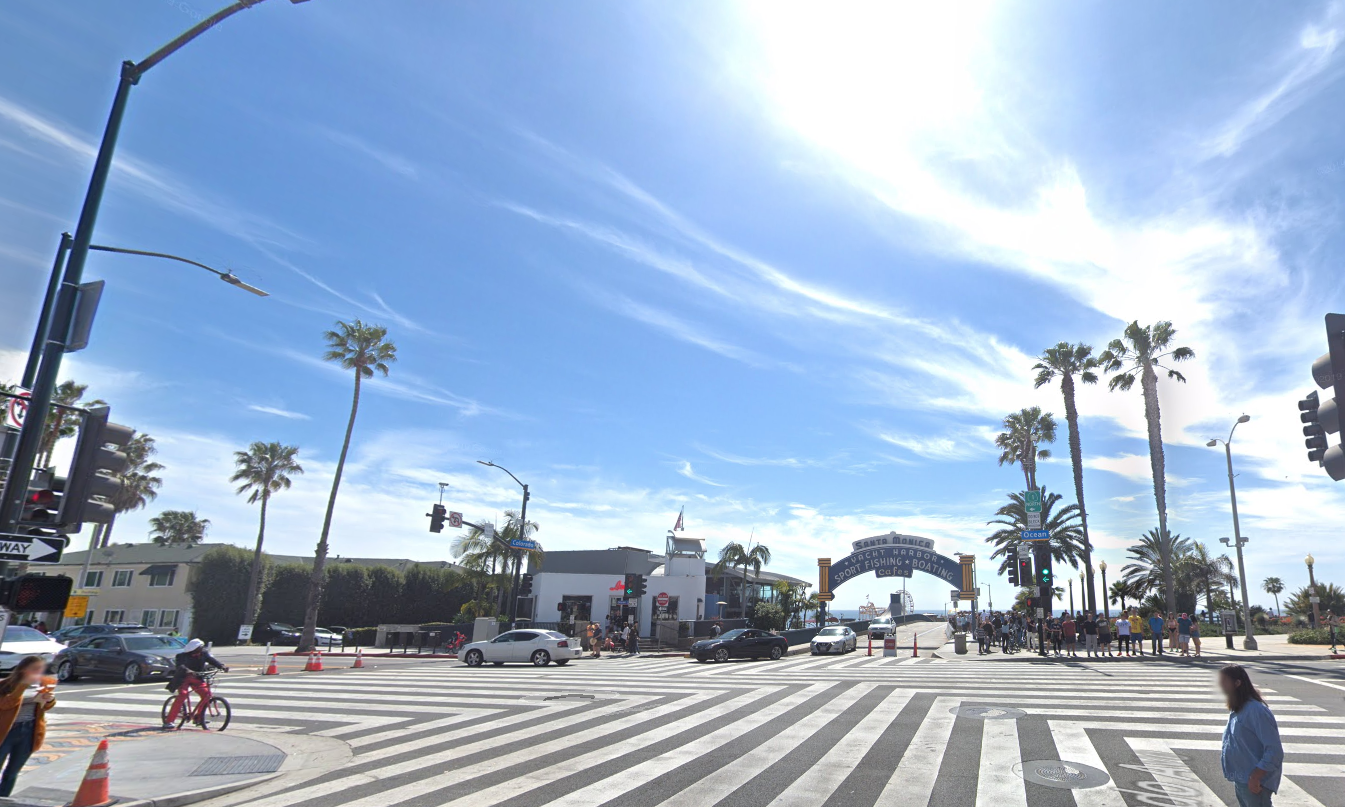 The intersection of Colorado and Ocean Avenues in the City of Santa Monica has a technical issue that can lead to pedestrians being severely injured. If and when that happens, the City of Santa Monica may be sued for negligence. While city officials may not care about lawsuits against the city, city of Santa Monica tax payers like myself do. Throughout the past year, I’ve repeatedly brought this matter to the attention of Santa Monica Police and even though they agree with me that it is an issue that needs to be addressed by the City, no one has done anything about it for over a year either due to negligence or poor communication between the police department and appropriate city departments.

This intersection in Santa Monica as you know is one of the most visited intersections in the City of Santa Monica and one of the busiest in the entire State of California because it happens to be where people cross it to visit the Santa Monica Pier and visit the park along Ocean avenue. Thousands of people cross this intersection daily, especially on weekends. This bicycle light, which is a novelty the vast majority of motor vehicle drivers have never seen anywhere in the country, is directly facing traffic waiting to either drive onto to the pier or to turn onto Ocean. Having a light at such an intersection confusing drivers into thinking it is their green light to go at the same time that pedestrians are trying to cross creates a dangerous situation in which a pedestrian could get hurt.

PLEASE REMOVE THAT LIGHT IMMEDIATELY! It is a traffic hazard for pedestrians and can and will eventually lead to someone getting hurt.

The police officers I’ve pointed this matter to all agree that that light should go. They have all told me that they’ve reported this issue to the City of Santa Monica’s traffic bureau to address. However, the geniuses in that department have done nothing to address this matter.

So I’m hereby putting all of you on notice that the presence of this light is an act of gross negligence by the City of Santa Monica and that someone should remove this light immediately to avoid pedestrians getting hurt. Most bicycle riders in this country are fully aware that when pedestrian lights go green, they can also cross the street along the pedestrian cross section. You don’t have to remind them of this. If in all of the other intersections in this country bicycle riders know when to go, they also know what to do here. The presence of this light can and will eventually lead to someone being severely hurt by a motor vehicle driver getting confused and as such and you should address this matter immediately.

At such an important and high traffic intersection, there should be nothing confusing motor vehicle drivers. Either the pedestrian walk lights and only the pedestrian walk lights need to go green with all traffic lights red. Or the other way around. Having a bicycle light in the middle of all of this, in such a high traffic cross section, with motor vehicle drivers repeatedly being confused by it, is dangerous and will lead to someone getting hurt.

I’m going to let the good people at the Santa Monica Mirror, the Santa Monica Daily Press  and the SM Observer count the days from the date of this e-mail to see how soon this remarkably effective city with fantastic leaders in it like yourselves, is going to act on this very simple and easy to understand matter. This matter has been completely ignored for over a year even though all of the police officers who patrol that area agree that it is a problem that needs to be addressed.

If you have questions about this matter or you’re confused, just visit the intersection and see for yourself. Every time that bicycle light goes green, one of the drivers on Colorado puts their foot on the gas at the same time people are trying to cross perpendicular to the vehicle moving which leads to a hazardous situation. They then often stop abruptly and you can see that they struggle to understand what on earth that light could be and why it’s turning green while the pedestrian lights are also green.

If no one has died so far, you’re extremely lucky. But that does not mean that you should wait until someone actually is severely injured for your collective light bulbs to go on and to fix this matter ASAP.

Thank you for your attention to this matter.

I’m a member of the Harvard Alumni Association and there is nothing more enjoyable than to see effective government and our tax dollars at work. Hopefully, someone will address this matter immediately and will act to remove that stupid and unnecessary light that is confusing and is putting pedestrian lives at risk.

I’m extremely lucky that I was not severely injured the two times that vehicles in that intersection were confused while I was trying to cross Colorado, but other pedestrians may not be so lucky in the future.