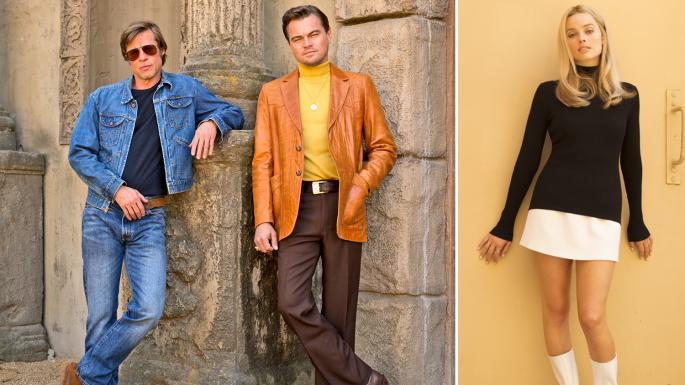 “Fiction is the lie through which we tell the truth.” Albert Camus

“Once Upon a Time in Hollywood” sets up an alternative universe through which we can view traumatizing events from the past with fresh eyes, break through the emotional curtains we have draped over them, and behold the human condition. OK, enough philosophy…

This is the ninth feature film written and directed by Quentin Tarantino. He creates movies as an art form rather than as a business venture. At the age of four, Tarantino moved from Tennessee to Torrance with his mother. He dropped out of high school, took acting classes, was a recruiter in the aerospace industry, and spent five years working at Video Archives in Manhattan Beach, where he amassed an encyclopedic knowledge of films.  He has at times mishandled situations and communications. However he is above all an artist, and “Once Upon a Time in Hollywood” will stand the test of time as a work of art.

This cinematic story is based on real people and events from 1969. It is an interpretation of these people and events that is perhaps Shakespearean. Leonardo DiCaprio’s character, Rick Dalton, is loosely based on Burt Reynolds, who was one of Tarantino’s childhood heroes. Reynolds was meant to play a small role in the film. Sadly, he passed away shortly before the shoot. Having worked with Reynolds many years ago myself, I can report that Reynolds may have been the seed for Dalton. However, the angst-ridden Dalton isn’t having nearly as much fun making movies as Reynolds did. Dalton’s alter ego, his stuntman Cliff Booth, played par excellence by Brad Pitt, is also based on a real person, Reynolds’ longtime close buddy and stuntman, Hal Needham.

The gargantuan cast includes a Who’s Who of film and television legends, even 90-year-old 50’s TV and film star Clu Gulager as Book Store Man  Each actor’s appearance in this movie, no matter how brief, is extraordinary. Tarantino is an actor’s director. He has pulled inspired performances from each and every cast member. His audition process was more like an extensive job interview, and the development of each character involved both director and actor.

Audience members who came of age during the late 1960s will see a familiar, detailed landscape of many of the colorful “hangs” and cornerstones of their youth. Those who were born later will be steeped in the wacky, colorful, rebellious, sometimes unhinged and euphoric milieu of the period. The camera work pulls you in skillfully, and the music is so carefully placed, it simply colors the cinematic environment. The movie within the movie, a Western that Dalton is shooting, symbolizes the death of an era, as did the real-life tragic events of the summer of 1969 signify the end of innocence for the alternative culture of that period.

Compared to today’s fast-paced films, you may think this one moves like a lazy river. Don’t draw conclusions – that lazy river will suck you into its current and will haunt you long after you leave the theatre. We are lucky that we can bear witness to this brilliant artist whose work is shaped by his genuine passion for the art of cinema.

By admin August 4, 2019
in Life and Arts
Related Posts