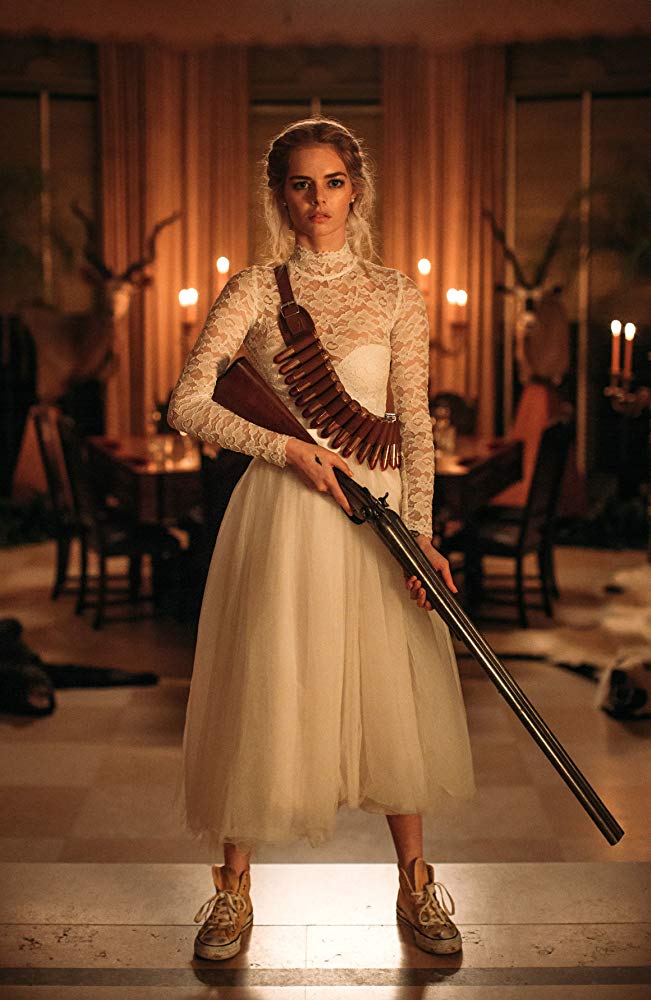 “Ready or Not” is a classic noir murder mystery gone berserk. The story centers around a hugely dysfunctional family named Le Domas. Yes, that’s their name – possibly the writers derived the name from domas, which is Spanish for break or break in and the French le dommage, which translates as harm done. This is a richly woven tale populated with over the top bizarre characters who spar and spat in a hilarious camp romp laced with shocks, twists and surprises.

Writers Guy Busick and Ryan Christopher Murphy (NOT Ryan Murphy, the famous showrunner of “American Horror Story”), show great promise of being at the beginning of long careers as screenwriters. The script is extremely well written. The narrative keeps a constant rhythm, and you never quite know who is on whose side, or if each character is even on their own side. Young directors Matt Bettinelli-Olpin and Tyler Gillette make sure the style of the film is en pointe.

Samara Weaving, as Grace, is fascinating to watch, and manages a superb turn at carrying this piece. She matches up beautifully with the essence of the film, to balance the well-played eccentric personalities who surround her. Her character appears to be the innocent in the beginning, radiantly beautiful in her ethereal wedding gown. Thankfully there’s not all that much naivete underneath her façade, as she navigates the sinister halls of this dark and evil house alone. You will get the feeling that she was probably the outsider in her own circles, yet when transplanted into the realm of this family she seems like the normal one. Weaving is Australian but spent her childhood moving around Asia and Southeast Asia, always performing in dance and stage shows and in short films. She starred in the BBC series “Out of the Blue” and in the popular Australian soap opera, Home and Away. She is the niece of actor Hugo Weaving.

The rest of the family and their associates are brilliantly cast. Andie MacDowell is a standout as the absurdly analytical and cold-blooded Becky Le Domas. Adam Brody is outstanding as a mysterious white knight in hiding (or is he?). Nicky Guadagni as Aunt Helene takes fear to the next level in her scary cameos throughout the movie. Mark O’Brien as the ill fated, wavering groom and Henry Czerny as the brainwashed family patriarch are excellent.

This is not a high budget production. However it is just as enjoyable as a James Bond epic. Skillfully made, it will keep you on the edge of your sanity and your seat, if you don’t fall off laughing first. And, in spite of the bizarre behavior of the members of the Le Domas family, there might be a hidden lesson to be learned. One of the characters muses thus: I realized that you will do anything if your family says it’s OK. Hmmm…does this mean we should think before we act or speak, even if friends and family say go ahead?