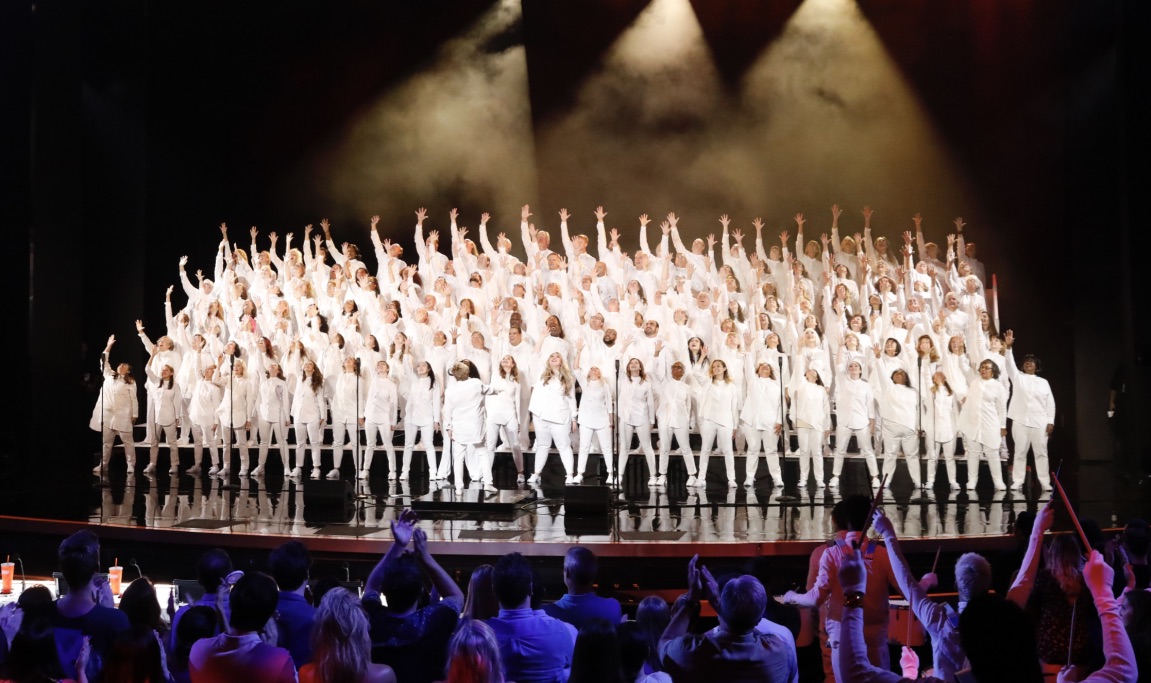 Singalong and concert December 7 and 8

With over 180 members, the Angel City Chorale (ACC), founded by Artistic Director Sue Fink in 1993, is one of the most well- known and sought after singing groups in Southern California. Following their success on Season 13 of NBC’s “American’s Got Talent,” the Golden Buzzer winners remain hard at work, spreading their message with the world and “Building Community One Song at a Time.”

On December 7 and December 8, at 7:30 p.m., the ACC will host its popular annual holiday concert and singalong at Immanuel Presbyterian Church in Los Angeles. “It’s our biggest concert of the year,” said Michael Lever, who volunteers and performs with the choir. “Some people have made it a tradition now for 26 years.”

“Angel City Chorale: Starry Starry Night” will feature music from big- screen holiday favorites including “Home Alone Suite” by John Williams, “Joy with Joy to the World” from “The Preacher’s Wife” and a medley of classic songs from “White Christmas,” “Holiday Inn” and “Meet Me in St. Louis.” ACC is also expected to perform the West Coast premiere of the new Swahili Christmas song “Njooni Waaminifu” by Grammy- winner Christopher Tin, collaborating once again with the mastermind behind the music that helped ACC get into the live shows of “America’s Got Talent.”

ACC’s growing outreach, the Angel City Youth Chorale (AGYC), will also perform. “We have kids who participate from Boys and Girls Club Los Angeles over in Venice and now we have another outreach in Burbank. We’re expanding the group, getting more kids involved in music,” explained Lever, who knows first-hand the importance of singing in a choir. “I grew up in a boys’ choir, and it defined my life in positive ways. It’s the perfect connection with the Boys and Girls Clubs, to give these kids something to do after school. It’s a positive influence in their lives that will remain throughout their lives.”

Lever continued, “That’s what we really love that we’re doing with these kids- giving them community, self-esteem, nurturing their talent, accepting them for who or what they are, giving them pride in themselves. All these positive, wonderful attributes are very evident when you hear them singing and see them.”

In addition to their holiday concert, ACC brings music to people who might not have the means to see choral groups on their own through the annual Holiday Tour of Hope. ACC has also performed benefit concerts throughout the world, supporting organizations like the County Mayo Cancer Action Group and The Amy Foundation. “It’s been a wonderful experience,” Lever continued. “We continue to get requests for our presence and our music all over the world. We’re certainly representing Los Angeles in the most wonderful way that we know how, through song.”

As their popularity and influence grow, ACC hopes to continue to have a positive impact on those in need by sharing their love of community and music. “We’re going to branch out throughout the year and get more active in the community, get our hands dirty, singing and not singing,” Lever explained. “When a group comes together like this with one purpose and goal in a positive way, there’s nothing we can’t do. We’re very excited to see our future.”

To learn more about ACC, including upcoming events, visit: https://angelcitychorale.org

By admin December 5, 2019
in Life and Arts
Related Posts