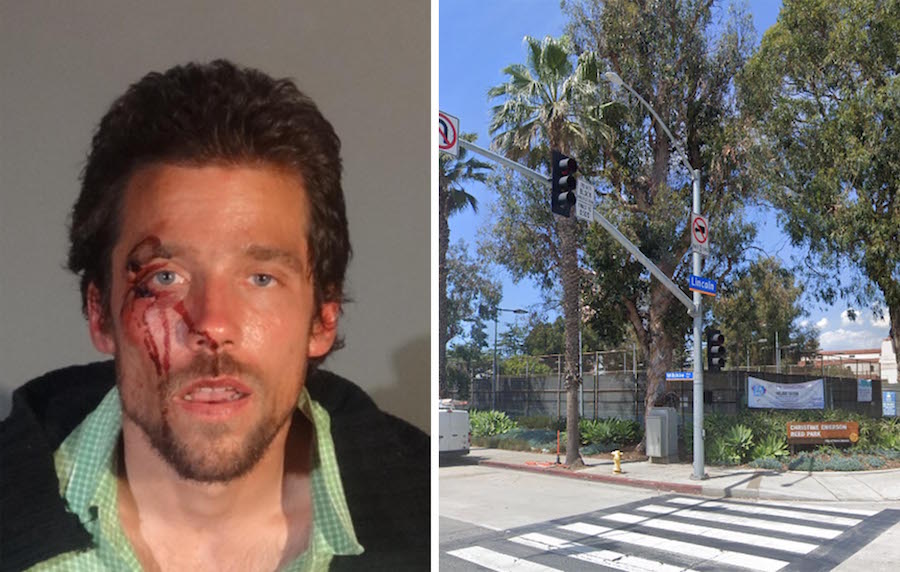 Elder abuse charges have been filed against a man suspected of attacking an 87-year-old Santa Monica resident over the weekend on Wilshire Boulevard near Reed Park.

According to Santa Monica Police Department (SMPD) Lieutenant Candice Cobarrubias, on December 7, 2019 at approximately 12:25 pm, officers responded to the area of 1100 block of 7th Street for an assault on an elderly male.

“A male subject struck an elderly male in the face causing significant facial trauma. The attack was unprovoked,” Cobarrubias said.

According to a post on Facebook Group Residocracy Santa Monica, the victim is an 87-year-old, long time retired resident, Dr. R.L. Wong. After having coffee outside the Coffee Bean on 9th and Wilshire, Wong was walking westbound on the north side of Wilshire Blvd between 11:15 and 11:30 a.m. After he crossed Lincoln, while next to Reed Park, Wong was allegedly punched by the suspect. The suspect fled and Wong kept walking and filed a police report around an hour after the attack.

According to the post, Wong lost 2-3 teeth in the attack, had his upper dentures split in half and suffered a swollen face, split upper lip and severe bleeding. Wong is now in stable condition with five stitches, bruises but no brain or bone injuries.

According to the SMPD, the suspect, Joseph Jean Gilbert, was later found by officers in the area of 800 block of Ocean in Palisades Park and taken into custody without incident and arrested for 368 (B)(1) PC – Elder Abuse. On December 10, the Los Angeles District Attorney filed one count of Elder Abuse against Gilbert. Bail has been set at $50,000.