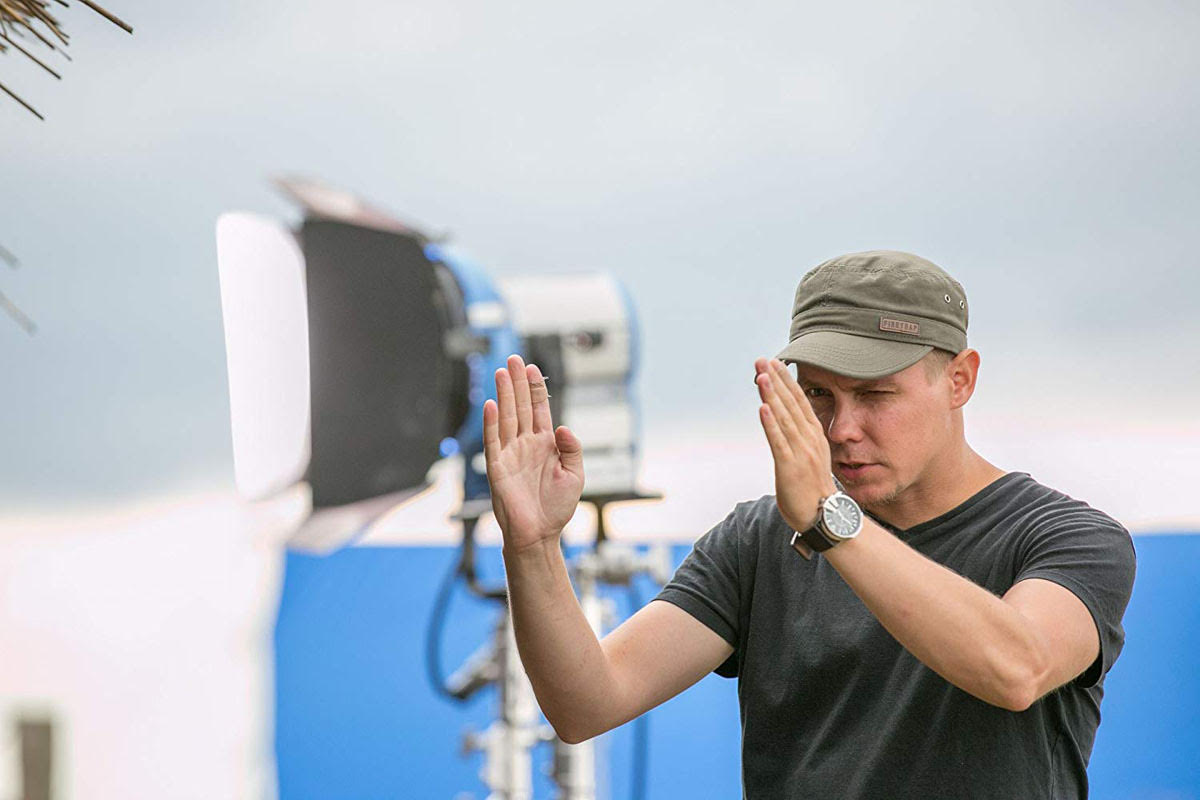 Tanel Toom is a talented young Estonian filmmaker who cut his directing teeth on short films. His first full-length feature is “Truth and Justice,” an epic that spans decades. The story is about blind ambition and the cost to those caught in that orbit. It is the most-watched film in Estonia and is that country’s entry for Best International Film. The polished ensemble consists of Priit Loog, in the lead role of Andres, Ester Kuntu as his wife Mari, and Priit Võigemast as his hostile neighbor, Pearu. The supporting cast is excellent with especially notable performances by Simeoni Sundja and Maiken Schmidt. Tanel sat down with me for an exclusive interview and the following has been edited for content and continuity.

Your film is brilliant – from your script and directing, to the acting and Rein Kotov’s bucolic cinematography. How did you come across Anton HansenTammsaar’s 1926 book, “Truth and Justice”  (Tõde ja õigus,) which is considered an important piece of Estonian literature, and on which you based your script?

Tanel: It’s a novel that everyone knows in Estonia and it’s a compulsive read in high school. But, not that many young people read it as it’s 550 pages and not written for a 16-year-old, so it’s a very hard read. Although most Estonians know the book, they don’t actually know the story.

When did you finally read the book?

Tanel: After I graduated, the book was with me for nine years. During that time, I went into the army and attended my first film school in Estonia. I worked for a few years and then got my Masters Degree at the National Film and Television School in the UK. It was after I graduated from that school that I started reading it. When I finished, I was surprised that it was nothing like I thought it was. It is a strong emotional story with an enormous character arc. I was glad I didn’t read it in school because I would not have understood it.

When did you decide it should be a film?

Tanel: About mid-way through the book, I knew that this will be one of my projects. Whatever happens in your life, you’re trying to find reasons why these things happen. I understood why I waited so long to read the book. I understood why people didn’t understand all the elements as it’s episodic with changing themes in the main story, and is not focused on just one element.

How would you explain the story?

Tanel: The main story is about this stubborn man with great ideas whose soul gets corrupted while relentlessly pursuing his dream. It illustrates the tragedy of becoming so obsessed with achieving your goal, that you start forgetting the things that are actually most important in your life, like your loved ones.

How long did it take you to write the script?

Tanel: It took four years to write the script. The book is episodic so it was difficult to adapt the story. You must have cause and affect links, as well turning points in creating the structure of the film, which I worked on in the first year.

How long was the shoot and did you make changes in the script?

Tanel: We shot for almost two years. We had to wait for the seasons to change. That gave me time to continue working on the characters, sometimes changing the emphasis within a scene.

What were the actors doing between shoots?

Tanel: In Estonia, all actors are theatre actors. The problem is you have to coordinate your schedule around theirs and communicate with the theatres to give them your shooting schedule. This was a nightmare. (Laughs)

There is no evidence of a time lag between scenes as the acting is seamless.

Tanel: Thank you. That’s the job of the director – to control the psychological continuity. There is a jump in time, but psychologically it must make sense.

What was the most challenging part of the shoot?

Tanel: We had 75 packed shooting days and to be able to shoot within that time frame was a challenge. Another challenge was working with kids and animals. You never know where the problems will lie. For example, the main cow was a real diva. (Laughs) She wanted to run away. So, I’m dealing with a cow who wants to run away and the inherent challenge of working with kids.

Tanel: We actually had to postpone the winter shoot twice because there was no snow. It wasn’t like in the past when you could count on snow every winter but now, with climate change, there has not been as much snow. Although there are guys who say there is no climate change, we can see it for ourselves.

We have a very ignorant man in the White House and for most Americans it’s humiliating.

Tanel: I suggest he come to Estonia and see our climate change for himself. We weren’t 100% sure there would be any snow during our shoot. We were postponing and postponing and then it finally snowed. It was a nice cold winter, with minus 23 degrees on the coldest day of our shoot.

Is there State funding and is there any interference?

Tanel: My film was mostly State funded along with a few sponsors and there is no interference.

What was the budget?

The film looks like it cost tens of millions of dollars. Bravo!

Stay tuned for Part 2 where director Tanel Toom talks about working with the actors, his family, and his personal odyssey.

By Beverly Cohn December 10, 2019
in Life and Arts
Related Posts