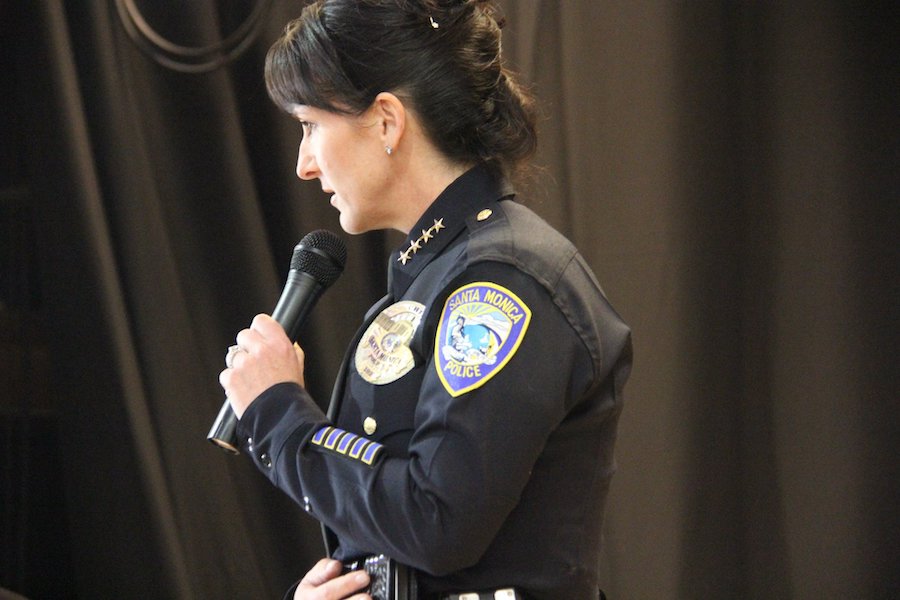 Santa Monica’s outgoing police chief Cynthia Renaud will collect nearly $100,000 of severance pay as part of a retirement package approved by City Council over the weekend.

“The City’s executive pay plan provides four months severance in the event of termination that is not based on willful misconduct, conviction of a crime involving moral turpitude, consistent poor performance or voluntary separation,” said Interim City Manager Lane Dilg. “This was a mutually agreed-upon retirement but we nonetheless used that as a benchmark in determining the amount of severance that would be appropriate for a smooth and positive transition of duties in this highly sensitive and very very important role.”

Under terms of the retirement agreement (see above) approved by Council, severance pay will be conditioned upon Renaud providing the City with the reasonable information and assistance necessary to allow a smooth transition of duties to her successor as well as participating in interviews and providing materials requested by the independent body OIR Group or the City in conjunction with the review of events leading up to, during and following the protests, looting and violence that occurred in Santa Monica on May 31, 2020.

In addition, the City must defend and indemnify Renaud in the event she is named in a lawsuit arising from the course and scope of her duties as Chief.