In view of his enormous body of work in television, film, and stage, multi-awarding winning actor Bryan Cranston should be declared a national treasure. Whether his character is a criminal in “Breaking Bad,” or a famous writer in “Trumbo,” or an FBI agent, who infiltrates the drug world in “The Infiltrator,” or a solider in “The Last Flag Flying,” he delivers fully actualized, totally believable characters. His acting chops deliver yet another fascinating performance as Harvard professor Charles Nichols in “Power of the Sail,” currently on stage at the Geffen Playhouse.

Written by Paul Grellong and directed by Weyni Mengesha, the story revolves around the professor’s decision to bring in an extremely controversial speaker to participate in his annual symposium. 29-year-old Carver is a right-wing, white nationalist, Holocaust denier and his pending appearance has created a firestorm of protests from students as well as staff. Despite these protests, Charles is unwavering in his decision to proceed, defending his decision by saying he would make mincemeat out of his white supremist beliefs. Adding to the unseen student protests, which we hear throughout much of the opening scenes thanks to Jonathan Snipes sound design and original music, is a scathing newspaper editorial decrying Charles’ decision. The first to present her case for cancellation is Dean Amy Katz, sympathetically played by Amy Brenneman. As colleagues, they have a close, friendly working relationship and despite her almost begging him to cancel the speaker, our professor is dug in, defending his decision in the name of free speech. The next person to try to discourage the professor’s decision, is black historian Baxter Forrest, well played by Brandon Scott, who is in town for his father’s funeral. He is a former student of Charles’ and has become very successful both as a professor and a regular on MSNBC, including multiple appearances on the Rachel Maddow Show. His career has eclipsed his former professor’s, who may be feeling a decline in his own career. Again, he defends his decision declaring he is a “free speech absolutist,” and is closed to reversing his decision. The next people to try to make their case for cancellation, are two graduate students – Lucas Poole, wonderfully played by Seth Numrich, and Maggie Rosen, adequately played by Tedra Millan. They explain that the students vehemently object to giving Carver a voice at one of the most prestigious schools in the country.  No matter how much cajoling is presented to Charles, he is steadfast in his decision and is scheduled to have dinner with Carver at his Maine compound. He invites both of his students to join him but only Lucas consents to go along for the ride. In a seamless transition, Rachel Myers’ gorgeous set design, nicely enhanced by Lap Chi Chu’s lighting, takes us to Amtrak’s Dover station where the two of them are awaiting the arrival of a train. There is back and forth chit chat with Charles talking about his hobby of making model ships. The subject of Baxter comes up and one could detect a bit of envy as his media presence seems to be growing, including being interviewed by Terri Gross. We also get a hint that he might be drinking a bit too much as he removes a bottle of booze from his attaché case and sits on a bench to try to relieve the pain in his foot. A subtle way of telegraphing that besides his career perhaps spiraling downward, he also has to deal with physical problems associated with the aging process, as well as his jealousy of the success of his former student. Charles feels compelled to toot his own horn and talks about the fact that five generations of men in his family attended Harvard.  Through this “innocent” two guys shooting the breeze, we begin to notice that Lucas might not be who he we think he is. He prides himself as a historian and is working on a rather obtuse subject – “The agrarian economy and practices of 17th Century Sweden” and deftly moves the conversation in the direction of white pride and we begin to get a glimpse of his closeted beliefs. Again, be warned, what you see from any of these characters is not necessarily the truth. Now, because the action is not linear, we move back and forth in time and in one compelling scene, Maggie goes to Dean Amy to get her to stop Charles from proceeding with his plans. As it turns out, Maggie has the “goods” on Amy and forces her to comply, or else! Well, things don’t go well at Carver’s compound as the students got hold of the address and tried storming the gates, ending tragically for one of protesters. Overwrought, Charles shows up uninvited at house of Baxter’s house and receives a cold greeting. His former student is angry at the decision to allow this cretin to speak and tells him that he is a very poor judge of character and wants him out of the house. Another smooth set change takes us back to the professor’s office where he is being interviewed by steely, no nonsense FBI agent Quinn Harris, played by Donna Simone Johnson, who is a master of subtext. She wants a report of everything leading up to the tragic incident and Charles, wanting to impress her, reels off his accomplishments as well as the publishing of a book. It is about here, that our playwright begins to reveal the professor’s real motive for allowing Carver on campus and it is beyond self-serving and despicable.

Playwright Grellong has crafted an excellent script illuminating duplicity in the highest order couched in seemingly decent people. Oh yes. One more thing. Although the bartender scene, played by Hugh Armstrong, is quite short, kudos to him for bringing a bit of levity to this rather heavy, but fascinating material.

By Beverly Cohn February 25, 2022
in Life and Arts
Related Posts 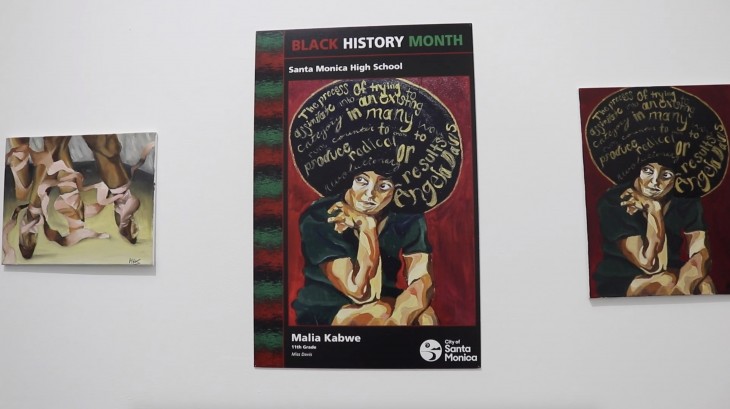 Spotlight On Black Health And Wellness During Black History Month

Building Bridges Art exchange in collaboration with The City of Santa Monica is highlighting black artists during Black History month...