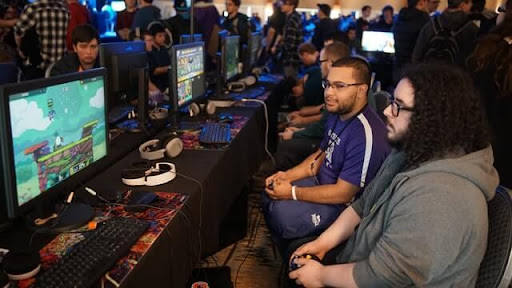 Investors, brands, and media outlets are paying attention as competitive video games continue to become more prominent in pop culture. Consumers are also paying attention. We estimate that the number of esports viewers will grow to 29.6 million in 2022, increasing 11.5% over 2021.

Esports revenue and investment have grown exponentially due to pop culture embracing the industry. Several factors have contributed to its meteoric rise, including live streaming and games with social components. In addition to gaming-specific streaming platforms, such as Twitch and YouTube Gaming, fans have access to more mainstream social media platforms that have permitted these relationships to flourish. A number of esports organizations, including FaZe Clan, have also made aggressive forays into merchandise, giving their brands greater exposure than if they had solely focused on esports.

Betting has recently emerged as a potential revenue stream in esports with sites such as the BetMGM online sportsbook. Since most esports fans are young, there has been considerable resistance to the idea of standardized betting within the ecosystem.

This has led to a rise in venture capital investment and, more recently, private equity investment in the sector. Statista shows that in 2021 1.084 billion US dollars has been invested into the world of esports with a projected 1.617 billion seen by 2024. These investments are channeled through esports organizations, tournament operators, and digital broadcasters to make the ecosystem function and grow. In the end, esports has grown from its roots in arcade games into the complex digital ecosystem it is today.

Esports is expected to break the $1 billion mark for the first time this year, according to most projections. According to Newzoo, revenue will increase to $1.8 billion by 2022. In addition to media rights, live event ticket sales, merchandise sales, and in-game purchases, esports generate the majority of their revenue (69%) through sponsorship and advertising, according to Newzoo data cited by Statista.

That growing revenue stream comes from around the world:

The owner, franchise, endorsement deals, winnings from tournaments, and more of the elements that make up an esports team contribute to its total value and annual revenue. In the future, esports leagues will likely try to expand their audiences through live games hosted by regional teams in a fashion that closely mimics traditional sports leagues that have not been affected by the outbreak.

As a result of mobile devices such as smartphones and tablets, esports’ future looks bright. In contrast to console gaming, mobile devices running Android or iOS are used daily by most consumers. We should understand that mobile gaming is the way forward if we wish to lower barriers to entry for esports and make the industry more accessible to all.

First, companies and developers that focus on mobile-based esports have an extended growth trajectory over those that target hardcore gamers exclusively (e.g., those in the PC and console markets). Second, esports is a relatively small part of the overall gaming market. The future of esports is promising as it has a lot of potential market share.