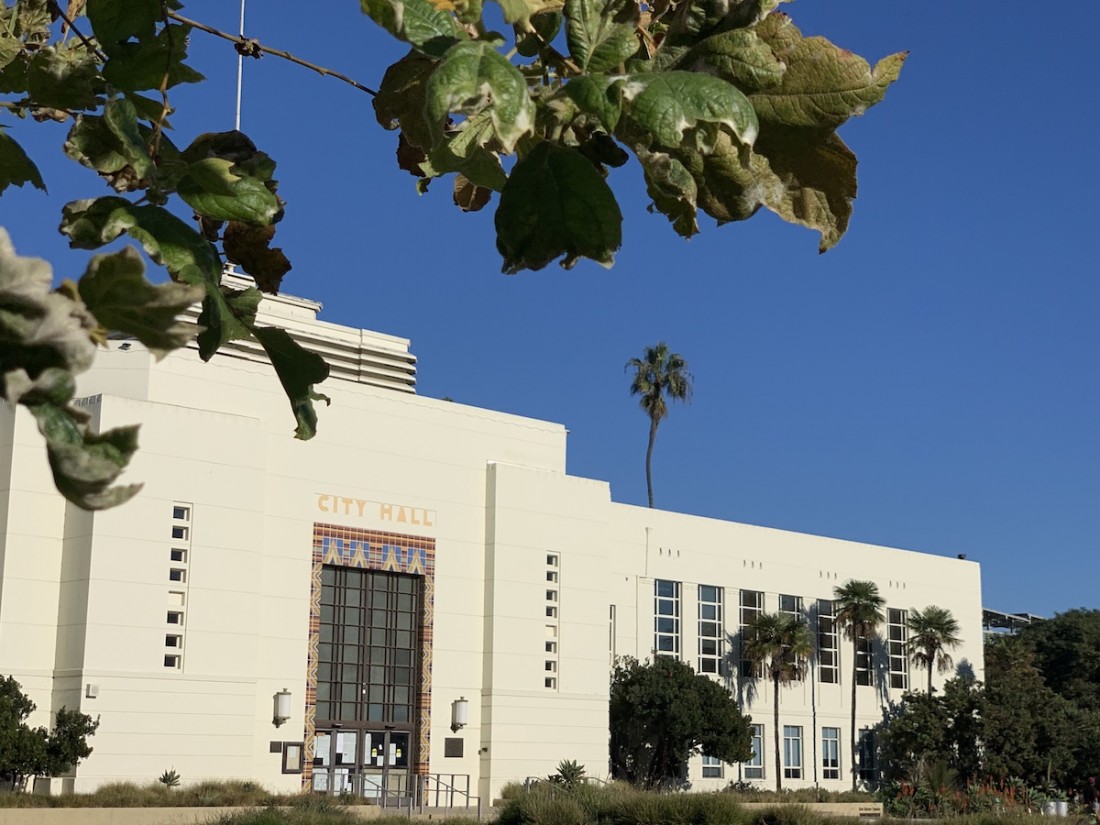 The following is an open letter to Councilmember Sue Himmelrich from Santa Monica resident Arthur Jeon regarding a proposed transfer tax ballot initiative.

I just received your “Standing Firm For Santa Monica” flyer, which I understand is yours alone. I don’t have a financial dog in this fight, as the condo I doesn’t approach 8 million dollars.

My problem is what you want to do with the money. It all sounds so great! Who wouldn’t want better schools and help for the homeless? Our Santa Monica schools are excellent, but if you want to give them more money, I’m fine with that. Although I am childless, as a progressive, I believe in the value of education in public schools. But that’s only 20% of the money you’ll collect.

The rest of the money will go into the ongoing pile of billions to address “homelessness,” a bottomless pit sucking up money while the problem only gets worse because the thinking around solving the issue is braindead, and doesn’t comport with reality. The reason I put “homelessness” in quotes is because that’s not the problem we have in Santa Monica. We are being invaded by transient addicts and the dumped mentally ill who aren’t from here, but wash up, drawn by our weather, a buffet of free food, easy access to drugs, the ability to steal whatever they want from our stores, and to sleep it off unhassled in our streets, alleys, beaches, library, and parks—making them unusable to the people who actually live here. Our policies are enabling the problem and our generosity is being gamed.

I’ll say it again, I can’t walk from my home on 9th street to the promenade without being accosted, harassed, and threatened—while walking past a dozen passed out addicts sleeping it off on our streets (see pic below from yesterday). A heartbreaking sight, to which every resident must harden their hearts against just to survive. Think about that—how callous we have to be to just walk by, what that does to all of us. The women on my block, my wife included, will not go out after dusk by themselves because they’ve faced random attacks from men crazed on meth or just crazy. Because when those addicts partying in Reed Park run out of money, they fan out into our neighborhood to steal, mug, defecate, and most terrifyingly of all, randomly attack the people living in this micro-climate of crime (and degradation) around downtown. If you had any courage at all, you would meet me for coffee and a walk around this neighborhood to see what’s happening under the veneer of our palm trees and sunny skies. That would take courage and curiosity to admit you might not know what to do but are open to new ways of thinking.

Perhaps you still think this is just a little “grit.” But you are straw-manning the situation in your heroic efforts to keep Santa Monica safe from, quoting your flyer, turning into a “gated community.” That’s hilarious. If you asked any resident right now, they are ready for gates because they understand that this is an existential issue for a city that relies on tourism! They are ready because you have failed as a leader for years and they are just sick of it all. I’ve attached consultant’s study from 2006 called: “Ending Homelessness in Santa Monica.” All of their suggestions are applicable today, including a zero tolerance for public inebriation and a recommendation to hire more police. Perhaps you should read it and change your thinking, because the only thing that’s changed is the drugs; they aren’t weed and alcohol, but Meth, Crack, and Fentanyl, producing way more unstable men.

THIS IS THE ONLY ISSUE SANTA MONICANS CARE ABOUT. IN FACT, IT’S THE ONLY ISSUE GREATER LA CARES ABOUT. YOU AND YOUR INEFFECTUAL POLICIES AND CAMPAIGNS ARE TURNING PROGRESSIVES INTO REPUBLICANS.

So, Sue, my issue is what you’ve left out of your tax-the-rich virtue signaling. Our police force is down to 170 members from 220, and yet not a dime of this money is earmarked for a demoralized force that is so understaffed detectives are being put on patrol. Because, no doubt, somewhere in your heart, you’ve been sold the bill of goods that the police are the problem. Well, as a progressive who’s taught meditation and trauma awareness in maximum security prisons, and was a founding member of Compassion Prison Project, and knows both sides of the issue, they aren’t. The city leadership has failed the police consistently over the years, from your “leadership” during the looting of our city when they were told to stand down to not funding them now. Maybe you think May 31st was okay, because what’s a little property damage and don’t those poor looters deserve it (even though the after study on the event determined this was a failure of leadership and the poor looters were actually criminal gangs who did an orchestrated hit job on the city, burning it while you dithered). I bring this up because your belief systems and priorities are belied in your recent flyer. Our diligent SM detectives found one of the arsonists, who brought incendiary devices to our city with the express purpose of burning it down on your watch. He was just sentenced. What did he get? 10 years? 5 years? No, he got 18 months. This is why people have had it with the leadership of our city, our county, and our state. In no other industry would you still have a job.

So, Sue, I’ve definitely lost confidence in your leadership. I’ve written many letters and other council members have responded. Some of them went and heard what Alex Villanueva had to say at his event last Thursday. An event with a hundred pictures on the walls taken by some citizen hoping to get you and the rest of the City Council to pay attention and call it like it really is: an invasion by criminal, transient, addicts who ended up on the streets because of their addiction, and are dying in front of our eyes as we enable the very behavior that’s killing them. No doubt you call this compassion “in line with our values,” a term you consistently use. Well, I know what compassion is, and this isn’t it. What would be compassionate is an aggressive no tolerance policy in our city for this behavior, enforced by a fully staffed police force making contact with wasted men before they attack somebody, or kill themselves with an overdose. If people can’t take care of themselves because they are mentally ill or addicted into dehumanization, they need to be swept up and taken care of. That’s compassion for them, and for the Santa Monicans you’ve pledged to serve.

We need new policies, new ideas, and new energy. Sheriff Villanueva, whom I have mixed feelings about, actually made total sense to me on Thursday with his “HOST” program. Your flyer, asking for more money for homeless housing, while ignoring a starved police department, further reveals that you don’t have a clue. I will be devoting myself to be part of the solution, one of which is voting you out of office. Fully funding the police, and units with 24/7 capabilities to sweep the streets and commit, while changing the tone from “come on down and party” to “you’re not welcome here,”  well, that would be “Standing Firm For Santa Monica.”