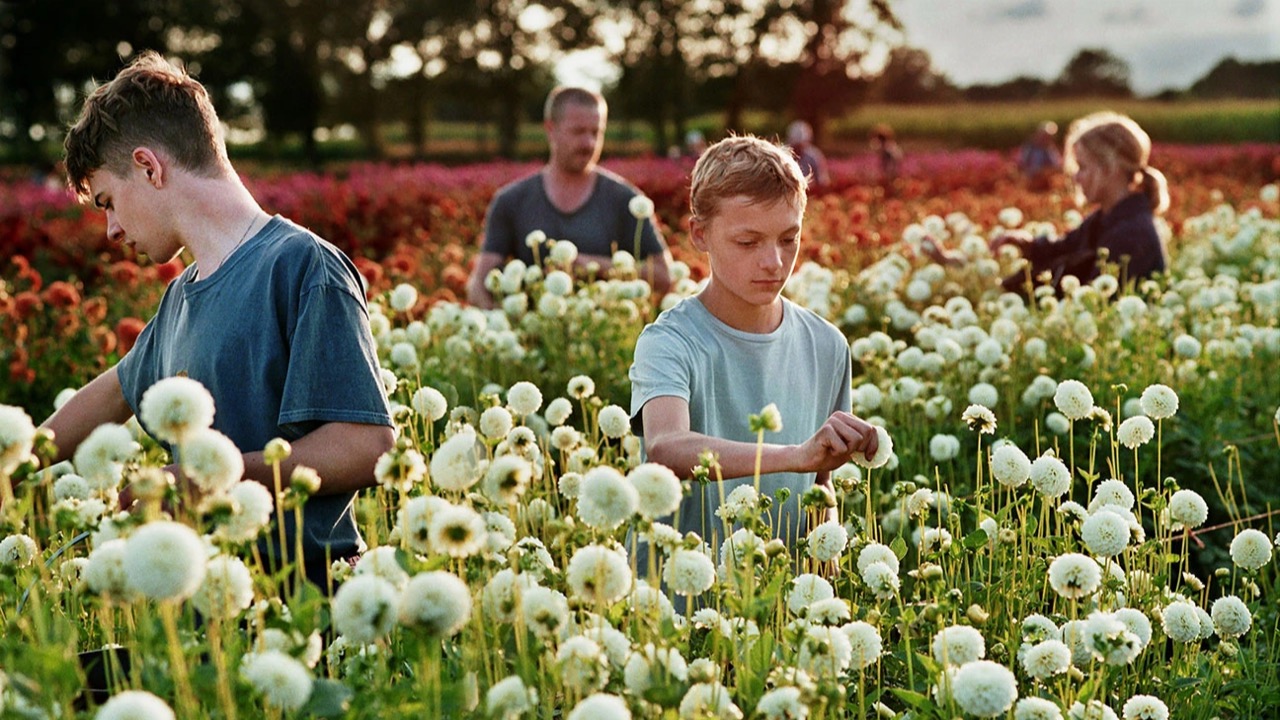 I am totally aware that this is the season to be jolly and probably should review “happy,” pure entertainment films. I have been attending screenings every day, and sometimes two a day, of mostly foreign language films.  These works are submitted from a variety of European countries for the coveted Best International Feature Academy Award, as well as consideration for other awards, including the International Press Academy’s “Satellite Awards.” Although there are several films that got my attention, including the penetrating “THE ALMOND AND THE SEAHORSE,” which I will review another time, “CLOSE” really stands out.  It not in any way to be considered “jolly,” but it is a meaningful film dealing with a same-sex friendship between two innocent teenage boys with shocking consequences.

Watching this film about the friendship between two 13-year-old boys, incredibly characterized by young actors making their screen debut – Gustav De Waele as Rémi and Eden Dambrine as Léo – it becomes astonishingly clear that director Lukas Dhont elicited performances from these actors that will haunt you and stay in your consciousness for days.  With his sharp directorial guidance, and his impeccable caring touch, all the actors fully explore and realize each beat and the sometimes mercurial transitions of their characters, each delivering performances that are totally fleshed out. The film begins quite beautifully.  It’s summer vacation and the two best buddies spend all their time together,  racing on their bikes, wrestling, and doing sleepovers in each other’s homes where they share the same bed, sometimes sleeping in the “spoon” position.  Their loving moms, Nathalie (Léa Drucker) and Sophie (Émilie Dequenne) are beautifully rendered with each of them lovingly treating the boys as their own.  Léo has a special bond with Rémi’s mom, Sophie, with whom he feels very comfortable and expresses himself freely.  Rémi is a sensitive musician and practices his oboe almost every day with Léo either patiently listening or teasing his talented friend. Their love and devotion to each other is pure and charming and sweet.  All is innocent and fun with seemingly absolutely no perceivable homosexual undertones.

Dhont’s searing, but sensitive direction is beautifully captured by cinematographer Frank van den Eeden whose camera hones in on the beauty of the pastoral Belgium countryside and the intimate, playful scenes between the sometimes giggling boys.  All goes well until they return to middle school where they are always seen together.  This closeness does not go unnoticed by the other students, none of whom asks if they are a couple.  This question unsettles Léo who does a 360 and begins to totally ignore his sensitive best friend, going as far as turning his back when he sees the heartbroken Rémi approaching him. We could assume that at this tender age, Léo and his friend might have some feelings that are unfamiliar and unsettling to them with Léo immersing himself in the quick-moving hockey game.  Continuing his avoidance of his best friend, in one scene at the ice rink, his bewildered bestie stands at the rink’s partition and when Léo sees him, he skates away without acknowledging him.  This sensitive young man is totally bewildered about the painful rejection and tragically knows only one way to stop the pain.  Not having the tools on how to cope with Rémi’s unexpected devastating action, Léo buries his feelings of guilt until he is able to disclose the anguish that he has been going through to Sophie. That scene is heart-wrenching as the two of them try to console each other. After watching this emotionally penetrating film, I totally understood why it won the Grand Prix Prize at the 2022 Cannes Festival as well as at least ten other prizes and is a very strong contender for this year’s awards consideration.