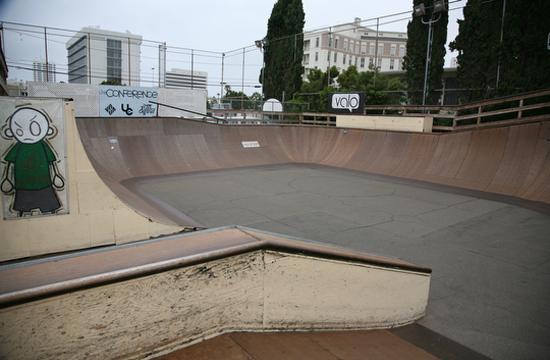 The Santa Monica Boys and Girls Club skate park has been closed, stunning parents whose children frequent the park to skate and roller-blade.

“It’s not something we want to do; it’s something we have to do,” said the club’s CEO and president Aaron Young.

The Boys and Girls club has already begun building a new outdoor sports activity area and playground on the site, according to a news release.

“While we are sad we had to make the difficult decision to close our skate park, we’re confident that the additional basketball courts, soccer and roller hockey areas, baseball diamond and a new playground, will serve a larger portion of our overall youth population,” Young said. “This helps us meet the growing demands of our community in need for more youth development services.”

Construction begins next week and will be completed in phases. It is expected to be finished by the end of the year, when a grand opening celebration will be held, according to the release.

The skate park’s closure comes on the heels of the departure of the park’s care-keeper Tracy White, who recently got married and left for Colorado, according to parent Scotty Davis.

“It’s craziness. All the kids were devastated and crying, so upset,” said Misty McAfee, whose son Ace often has been coming to the park to rollerblade.

McAfee and Davis said they heard that demolition crews would demolish the ramps on Wednesday. A competition that White founded, called LA All Day, has been canceled, Davis said. “They put a word out,” he said, “they’re going to rip up the ramps. This is crazy.”

McAfee said she heard that the Boys and Girls Club’s board of directors was scheduled to consider the matter on Sept. 13. From a conversation with Young, she understood that with White gone, “they couldn’t fill the position.” Other reports from concerned parents and involved parties indicate that the closing of the part may also have had something to do with liability.

McAfee added that she believes Santa Monica city officials are aware of the park’s closure and there maybe plans for building something there.

Salome Bryant Gysi, whose son Ajani goes to the park after school almost every day, said the news is devastating and holds out hope that something can be done. She said she heard from another parent that the park’s ramps were being taken down Wednesday. Earlier in the day, she received a call from Santa Monica Mayor Bobby Shriver, whom she emailed. Shriver told her “he’s trying to find out what [City Hall] can do,” she said.

“This is not about fighting the Boys and Girls club, it’s fighting for a good cause,” Bryant Gysi said. “They might have reasons for why they want to close, but they were never communicated.”

The park was one of a kind, the parents said, because it has wooden ramps, which allows for rollerblading as well as skateboarding. “Without this skate park, there’s no other place they can practice in the Los Angeles area,” McAfee said. “It’s a shame for Santa Monica to leave these kids hanging out.”

The park’s closing has shook Davis, whose 13-year-old son has been going there since he was seven. “I don’t know what the reasoning is,” he said, but “it’s going to be tremendous trouble for parents.” The Venice Beach skate park is not supervised by adults, which means the “kids just won’t have an opportunity now.

“The whole community is up-in-arms about it,” Davis said.

Reports from concerned parents and involved parties indicate that the closing of the part may also have had something to do with liability.