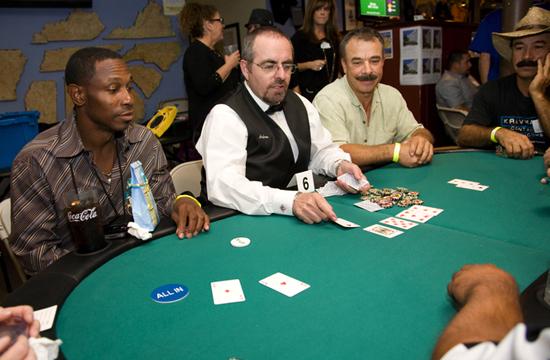 Danny Gonzalez of the Pico Barber Shop won the Nov. 9 celebrity poker tournament at South on Wilshire to benefit Santa Monica High School baseball team, which raised about $17,500 for the program.

“It was about a third of what I was hoping to make and half of last year,” said baseball coach Sheldon Philip-Guide of the fundraiser. “It was still a very successful event but unfortunately we still have a lot of work to do. We are going to have other fundraisers”

“To run a successful baseball program is almost as much as running a football team.”

Also in attendance were actress Deirdre Hall from “Days of Our Lives” and recent Samohi graduate Cody Decker, who plays in the San Diego Padres organization.