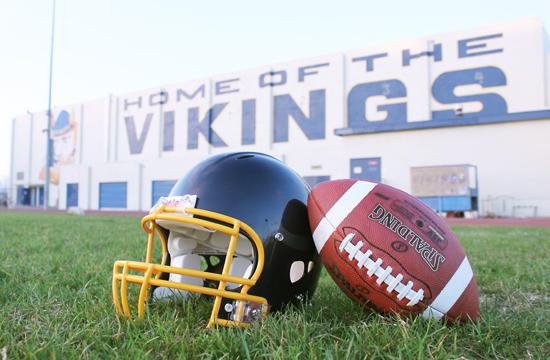 The playoff brackets were announced Sunday and three Ocean League teams are in: Beverly Hills, Culver City and Inglewood. Beverly Hills received the CIF-Southern Section Western Division at-large berth largely because it edged the Samohi Vikings at Corsair Field by one touchdown in Samohi’s homecoming game, 19-12.

“It is what it is,” head coach Travis Clark told the Mirror on Sunday. “Towards the end, [the team] learned how to win. They learned how to stop people and do their job … If they had an opportunity to play, they would have been dangerous.”

Going into next season, Samohi will lose senior running back Brandon Taylor, who came on strong to finish the season, making three key keys in the final minutes of upset victory against Culver City.

But, Taylor and other seniors on the team “really taught the underclassmen,” Clark emphasized. “We got a solid core returning next year. [Sophomore] Rhys Gervais really stepped up, [as did juniors] Dylan Muscat, Kori Garcia, Craig Lowe, Chad Wheeler.”

Clark ends his second season as coach with a winning record and looks to continue the momentum next season.

“These kids were sophomores when I stepped on campus,” Clark said. “We’re looking good and looking forward to the future.”