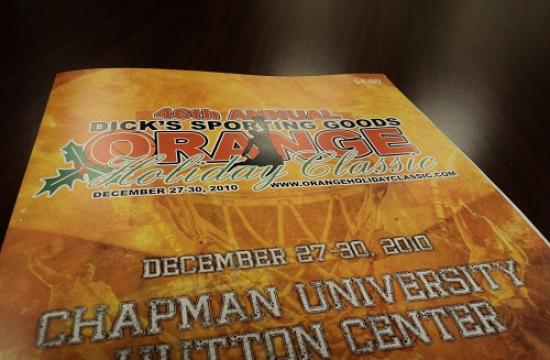 The Vikings lost to Esperanza 53-55 when Samohi sophomore guard Jordan Mathews missed what would have been a game-winning three point shot. The loss sends Santa Monica to a consolation round match-up against Fullerton at 9 a.m. Wednesday in the Orange Holiday Classic at Chapman University.

On Monday, defending Washington state champions Squalicum defeated Santa Monica 55-51 at the tournament, in its 46th year and formally called Dick’s Sporting Goods Orange Holiday Classic. It is being held at Chapman University’s Hutton Center. Samohi is 3-6 on the season as Ocean League play begins Jan. 12 at Inglewood.

Sophomore guard Jordan Matthews paced the Vikings with a 16-point performance against Squalicum, while senior Holden Foshag added 11. No other player reached double digits for the Vikings, according to the official box score, which can be found at OrangeHolidayClassic.com.

Matching up against state championship-caliber teams isn’t unfamiliar territory for Samohi, which played and beat CIF Division 3-AA state champions Serra earlier this season. It is part of a bigger strategy, according to assistant coach Brian Part, who told the Mirror that going into Ocean League play this year next month, the Vikings looked to be tested by “playing some of the best teams on the West Coast.”

Orange Holiday Classic, which includes top seed Mater Dei and a slew of teams from Orange County, is a “new tournament” for Samohi, Part said.