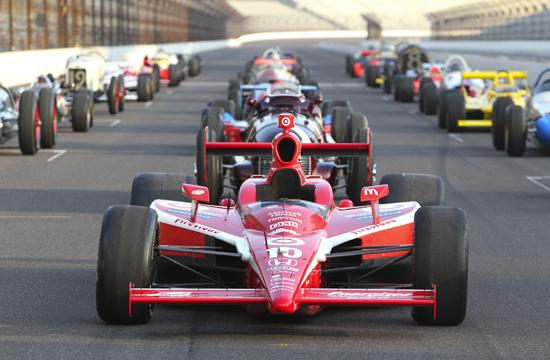 The operator of Indianapolis Motor Speedway has opened a Santa Monica office to help the company better integrate its brand in the entertainment industry.

IndyCar has tapped veteran movie and television producer Sarah Nettinga to head up the office. The company was finalizing a lease on a location in the vicinity of Cloverfield and 20th Street, Nettinga told the Mirror.

“I’ve already hired staff and there will be four or five us and an intern,” she said.

Nettinga, a Calabasas resident, said Santa Monica was chosen as the location of the office because of its business landscape. “Our brand is clearly an edgier, youth-oriented and all of the companies are in this space,” she said.

Nettinga was a producer of the Will Ferrell-starring comedy hit “Talladega Nights: The Ballad of Ricky Bobby,” one of the projects that went a long way in extending auto racing into the mainstream. As senior vice president, entertainment and media, in the new office, Nettinga’s work will continue to revolve around TV and film projects, she said, but “emerging media” will also be a focus. “Emerging media is social media,” Nettinga said. “Content is going to be king – and we have content. We are focused on all the programming around the sport.”

“If we want to grow the sport, we need to be fully vested in relationships with the entertainment community that can tell the storylines of our sport,” Bernard said in a statement.

IndyCar is rapidly growing with 14 new sponsors, including Verizon, Sunoco and Philips, signing on last year.

“Having an IndyCar office in Los Angeles [area] will provide our sport and the Indianapolis Motor Speedway a strong presence in an important global community,” Belkus said.