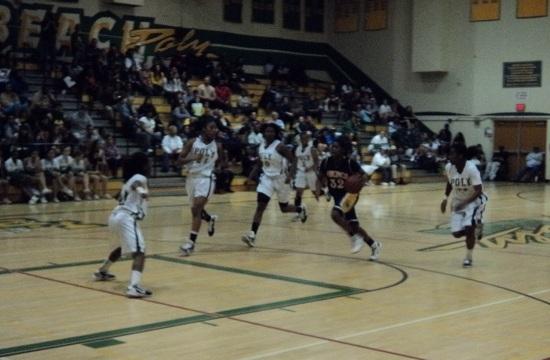 LONG BEACH – Santa Monica High School girls basketball team hung with top-ranked Long Beach Poly in the first half but the Jackrabbits pulled away in the third quarter, cruising to a 65-48 victory on their home court Saturday night.

Samohi’s Moriah Faulk led all scorers with 24 points and her teammate Briana Harris added 14, six of the points coming in the fourth on free throws from attempted lay-ups. Long Beach Poly was led by Sheila Boykin with 15 points and Ariya Crook-Williams with 10 points.

The contest was Samohi’s second in as many days. The Lady Vikings defeated Morningside 70-50 on the road on Friday. Their record stands at 14-6 (3-1 Ocean League).