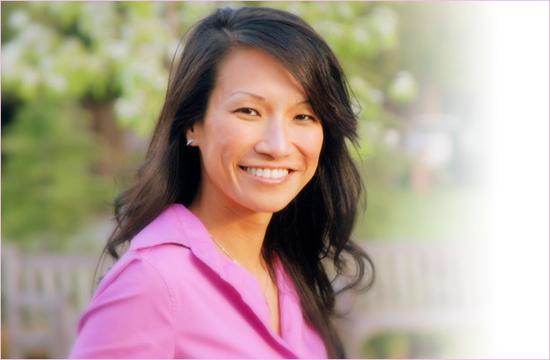 The purpose of CPR is to get oxygen to the brain. Dr. Lacy Le, a plastic surgeon, learned this in her residency at Stanford.

“We did three to four years of general surgery, which included trauma surgery,” Dr. Le said.

According to her husband of five years, Kevin Lohner, the trauma training has become instinctual.

“I can’t count on two hands the number of times she has instinctively stepped up to the situation and saved lives,” Lohner said.

Dr. Lacy Le has helped a person on Montana Avenue who was hit by a car, someone needing assistance on an airplane and a drowned swimmer on the beaches in New Zealand (she was also a triathlete in college).

So it didn’t surprise Lohner when his wife mentioned she took part in CPR on a runner who collapsed in the 2010 LA Marathon (except that she waited 20 minutes into the conversation after the marathon to bring it up).

“Right along 18 miles,” Dr. Le said, “I saw a group of people. They were hovered over a gentleman, and the gentleman looked like he was down.”

The gentleman was Jay Yim, a 21-year-old USC pre-med student who was running the LA Marathon, too. Dr. Le said she was told he had been unconscious for five minutes. Yim wasn’t breathing and had no pulse.

Dr. Le started chest compressions while a police officer gave Yim mouth-to-mouth. They worked on Yim for 15 additional minutes before EMT’s arrived on the scene.

“I thought he was gone,” she said. “You look at the literature and you look at the experience, someone who has been down for that long isn’t going to make it… That means you do not have any blood flow to your brain for 20 minutes.”

Dr. Le said the chances of surviving that with brain damage are very low.

The chances of surviving without damage “… are nothing short of a miracle.”

Jay Yim made the USC Dean’s List in the fall of 2010, nine months after his cardiac arrest. He spent this spring break snowboarding in Arizona and will graduate in May.

Dr. Le and her husband will run their second LA Marathon together on Sunday.