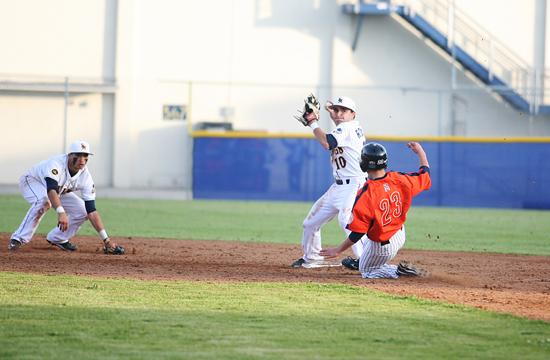 A popular eighties song once said everybody looks forward to the weekend. If every weekend had such dismal results as it did for Santa Monica High School’s varsity baseball team last weekend, the Vikings will not have much to look forward to at all come Friday morning.

Samohi’s first weekend of the 2011 baseball season started off on the wrong foot, as the Vikings (0-2) dropped consecutive games to Chatsworth and Thousand Oaks on March 4 and 5, respectively.

Stalling in its home opener against the Chancellors on March 4, twelve Samohi batters struck out as the Vikings dropped its first loss of the season to Chatsworth, 7-3.

Traveling to Thousand Oaks on March 5 for its first road game of the season, the Viking offense stalled again, scoring its only run, unearned at that, in the seventh and final inning of a 4-1 loss to the Lancers.

Samohi prepares for Simi Valley (0-1) at home on March 8, which is the opening game of the Easton Tournament; first pitch is at 3 p.m. as senior southpaw Brandon Hirschberger takes the mound against the Pioneers. Both teams are looking for its first win of the season.

The Vikings defeated rival Malibu, 9-1, in a home scrimmage match on Feb. 26.