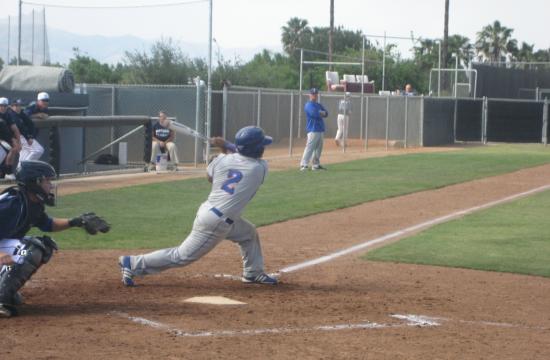 San Fernando Valley – Once again the Roadrunners could not get out of the fifth inning without giving up enough runs to put the game out of reach, losing to conference rival Montclair Prep Mounties 9-1.

In the bottom half of the third, the Mounties came right back to take the lead on four hits scoring two runs. Crossroads couldn’t recover.

The Roadrunners saw their sophomore pitcher throw four strong innings, trailing by only two runs. But that’s when everything came apart. The Mounties combined for five hits and four more runs.

The Mounties’ pitching, meanwhile, was the real story. Sophomore Nick Suniga threw six strong innings, giving up no earned runs, four strikeouts and just four hits. He was credited with the win.

“We seem to be playing in cruise mode rather than feeling like we have to go and get it to beat the other team,” he said. “We lack that desire to get a team on the ropes. And instead of finishing them of, we’re just letting them get right back into it. We just can’t seem to put a team away.”

Coach Kirksey did say he was pleased with freshman Sam Reiss, who started at designated hitter for the first time and got two of the Roadrunners’ four hits.