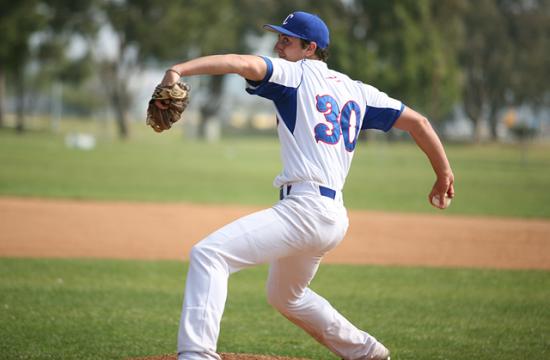 Baseball is an unforgiving game and it showed its character to the Crossroads Roadrunners Tuesday as they lost to the Paraclete Spirits 5-4.

It was a frustrating loss that had the Spirits getting timely hits to score while the Roadrunners were unable to get a crucial run to tie.

From the looks of the box score, there was no reason why the Roadrunners didn’t win. Senior Max Robinson started the game and pitched four strong innings giving up just five hits, walking two and striking out four.

But the Spirits’ hitters took advantage of every opportunity starting in the second inning, when they scored three runs on just two hits. It was the difference in the game.

“They got timely hits and made all the plays in the field,” said Crossroads coach Spencer Kirksey. “We have to be more aggressive at the plate if we’re going to win. We just couldn’t get the hits when we needed them and they did. We get another chance on Thursday.”

Senior Holden Miller served up the one bright spot at the plate for the Roadrunners. In the sixth inning, after Senior Jake Rosenblatt got on base on an error. With Rosenblatt on second base, Miller came up and hit a fast ball that cleared the fence about 310 feet away for a home tun to put the Roadrunners within one run of the Spirits.

But that was all they could muster as Paraclete held on in the next inning.

Crossroads will get another chance to see if they can defeat the Paraclete Spirits when they play again this week on Thurs. April 14 in Lancaster starting at 4 p.m.