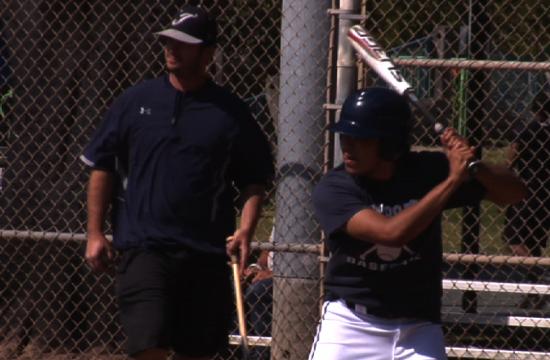 The show must go on.

It is a common saying in the theatre, but it can also apply to the New Roads baseball team.

In the 2011 season, the Jaguars’ usual practice field at Penmar Park went under construction. It was not used for games because it was meant for little league, but it still had a diamond and space to hit.

This year, New Roads athletic director Dan Weslow was forced to check practice and game times of other high schools in Santa Monica to see if there would be times New Roads could squeeze in a practice or a game while another school wasn’t using a field, whether it was at Clover, Memorial or Marine parks.

“It’s challenging,” Weslow said. “We’ve used Clover Park for our home games this year, but we’ve had to start games at 1:15 (p.m.), which really cuts into their (the players’) academic schedule.

“It’s always a balance. Being a part of a high school team equalizes is about balancing academics and athletics. Our teachers are very supportive of our student-athletes. What we’ve done is kind of created policies and ongoing communication and dialogue to make sure our student-athletes have the support they need during the season.”

Academics are not a problem. New Roads school has had a graduation rate of 100 percent since their inaugural freshmen graduated in 1999.

“Just about everybody goes to college except for students who occasionally choose a different path,” said Nancy London, New Roads director of communication. “We have students that go right into music because they’ve been doing that on some professional level while in they’re in school.”

But New Roads is not a traditional private school. They are a school that uses 40 percent of its funding toward financial aid of their students. It was established in 1995 with the philosophy that they could bring diversity into a school.

“(Los Angeles) is one of the most diverse cities in the world, maybe the most, but you would never be able to tell that from looking at the student populations of most schools, public or private.”

Bryan said it would be easier if New Roads could build their own facilities, but that is not a reality right now.

“There are enough public resources, public and private resources, you know, renting facilities, etc., to allow for an ongoing athletic program that doesn’t have to scrimp.”

Bryan said a new building in front of the school and eventually a gymnasium will be discussed for renovation in the future.

As far as Jaguars baseball goes, they have done a lot with very little. They won the Harbor League last season before switching to (and winning) the Coastal League this season. They advanced to the CIF quarterfinals before falling to Animo Leadership on May 21.

Baseball coach Sean Brookes said it takes more time, but he makes sure his team gets the most from what they do have.

“A school is not necessarily what the facilities are,” Brookes said. “It is what the teachers and the kids bring. You can make whatever it is out of it. That has been the philosophy of the school since the beginning.

“When you incorporate that into the baseball program, it’s the same thing.”

The Jaguars held half of their practices on the concrete playground at their school. With the support of parents, New Roads has a mobile batting cage. The rest is improvised, with an Astroturf pitcher’s mound and a kickball home plate.

“We’ve been able to get some decent work out of this,” said co-coach Dave Buss. “It sure beats giving them the day off just because we don’t have facilities.”

But parents of the players are concerned. Steve Dolcemaschio, father of junior catcher Blaise Dolcemaschio, said without facilities the team can never be at the top of their game.

“This year, there’s just not as many fields as there are teams,” Rhys said. “Baseball is a bucolic sport. An old game starting in rural America. It wasn’t meant to be played in big cities, really, with overpopulated areas.”

Others, like Eddie Barbini, father of senior shortstop Quinn Barbini, said this is a good lesson for the students.

“You learn that you don’t get everything. You don’t have everything,” Barbini said. “And sometimes you’ve got to make do with what you have and make the best of it.”

Which is what Brookes and Buss will continue to do in the future. When the team can practice on a field, they will practice hard. If they still need to practice at the school, they will use the batting cage and work on their pitching wind-ups. The coaches said if it rains, they will go inside and draw up bunt defense strategies.

“Would it be nice to have a field? Absolutely,” Brookes said. “But, considering the situation we’re in, we’ll make the best out of it.”