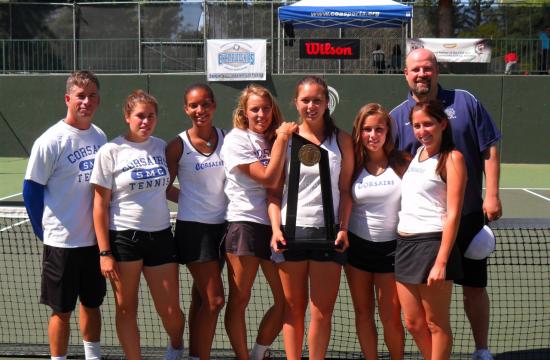 FRESNO – The Santa Monica College Corsairs are state champions after a 5-1 win over Sierra in the CCCAA state finals on Thursday.

Sierra won No. 6 singles early on when Allie Madson beat Hannah Sacher 6-3, 6-2. But that was all the daylight the Wolverines would see.

The Corsairs took all five of the other singles matches to prevent a doubles showdown. And each win only took two sets.

“It’s a first (state championship) for the school and an incredible achievement,” said SMC coach Richard Goldenson. “I’m very proud of the team for all they accomplished this season.”