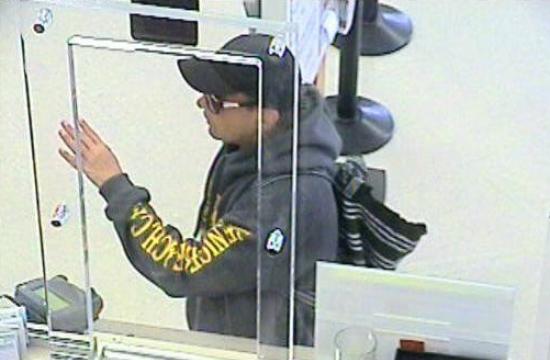 A 54-year-old man suspected of robbing a Bank of America branch in Venice on Wednesday was arrested mid-afternoon on Friday while attempting to rob a bank customer in Hollywood.

Rex Lutton, with no known residence, was arrested after attempting to rob a merchant customer transferring a large sum of money inside a Bank of America branch on Sunset Blvd. in Hollywood.

An FBI spokeswoman said Lutton was armed with a knife during the attempted robbery.

“He fled the bank after an altercation with the victim and was subsequently apprehended near the bank by security guards working in the vicinity,” the spokeswoman said in a statement. “The Los Angeles Police Department and the FBI responded and conducted an investigation.”

Lutton is being held at LAPD Hollywood Division and was booked on state charges in connection with today’s armed robbery inside the bank.

Lutton, a parolee at large who escaped from federal custody earlier this month, is also expected to be charged federally in connection with multiple bank robberies.‬

During the Venice robbery, the suspect the FBI dubbed the “Tourist Bandit”, wore a hooded sweatshirt with yellow lettering that said “Venice Beach, CA” underscored by a logo, which was unclear.

During the West Hollywood robbery, he wore a hooded sweatshirt with yellow UCLA lettering.

Additional information and photographs of bank robbers currently being sought by the FBI’s Los Angeles Field Office can be found by visiting www.labankrobbers.org.