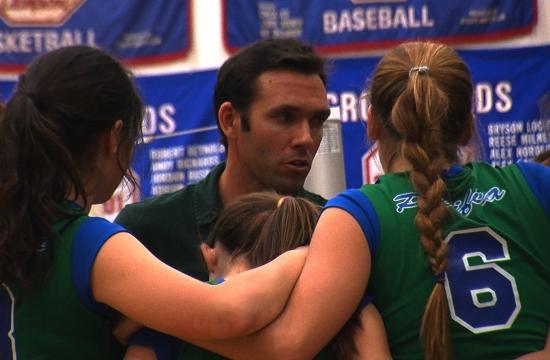 The Sea Wolves took advantage of a very slow start by the Azusa Aztecs to jump out to a quick two games to none lead on Thursday. But they found the third game was much more difficult.

Samohi Pushed to the Very End by Victor Valley

It takes will power to handle adversity.

The Samohi Vikings were down two games to one after three and had just lost a heartbreaker 27-25 to Victor Valley.

Samohi will play at Santa Ynez on Saturday.

Lighthouse Christian Comes All the Way Back from Two Games Down

The Lighthouse Christian Saints had their backs against the wall after falling 16-25 and 22-25 in the first two games.

But a game like No. 3 showed how dangerous the Saints are. Lighthouse showed new life and dominance with a convincing 25-9 win.

The Saints then held on 25-19 in game four and closed out the match 15-10 to drop the Spartans from the CIF tournament.

Lighthouse Christian will play at Calvary Chapel on Saturday.