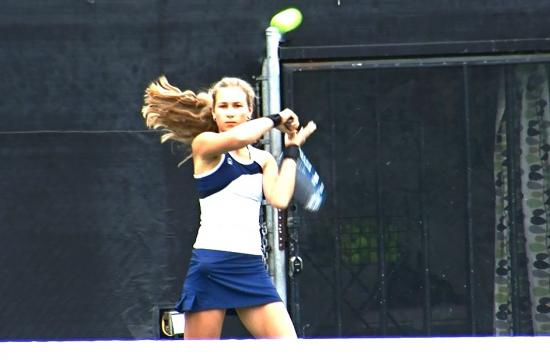 In the event of a tie in CIF tennis, whoever won more games will win the match.

And thanks to some losses where the Vikings players were able to at least win one game in their respective sets, the Samo tennis season is still alive.

The Samohi Vikings won 69-68 in total games one to break the 9-9 tie against the Rowland Raiders on Thursday.

Samohi will play at South Hills on Monday.