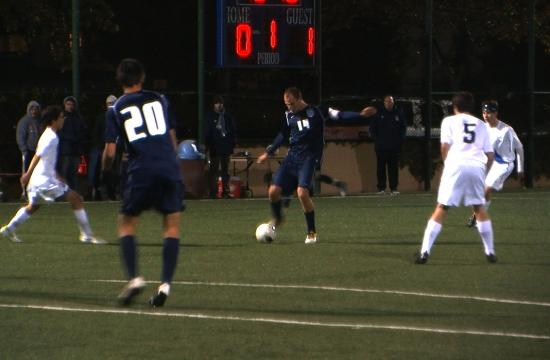 Crossroads kept the match close, first with Jordan Fier rebounding a save at the goal line and kicking the ball in from point blank to put the game at 2-1 before halftime.

Then, after Willy Gansa’s header made the score 4-2 early in the second half, the Roadrunners had numerous corner kicks and throw-ins to threaten the Falcons. But Crossroads couldn’t convert and the last of Trejo’s goals sealed the game.