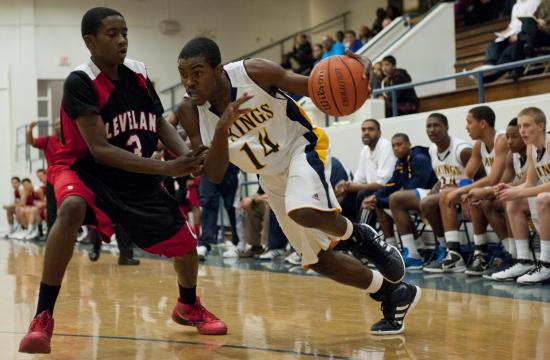 With a strong showing in the middle quarters, the Samohi Viking boys’ basketball team used a nice cushion to fend off an attempted comeback by the Cleveland Cavaliers and win 60-47 on Monday.

Trey Thompson led Samo with 13 points, scoring from all around the field. Big man Admassu Williams added 10 points while snagging rebounds on both ends of the floor and Jordan Walker added nine points in the win.

The tournament hosts are still alive in the tournament with a second-round matchup with Fairfax on Wednesday at 8 p.m.