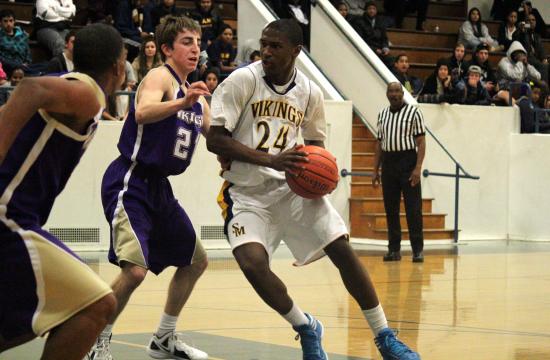 The battle of Norse warriors saw Valencia’s big, burly Vikings against the fast-paced Vikings of Samohi. Once again, speed proved superior as Samohi took down Valencia 59-43 on Thursday night.

Despite Samohi’s best efforts, the elusive two-guard Troy Hammel scored 21 points in the loss, while Daniel Salovich had eight points.

Samohi will have some down time to rest while they prepare for the post-holiday Oaks Christian Tournament, starting Dec. 27.