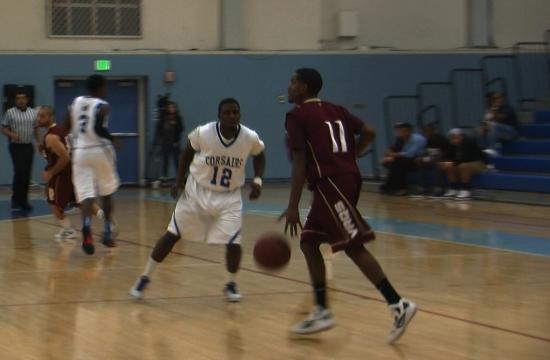 Anybody who goes six for seven from three-point range deserves credit, and that credit goes to Glendale’s Nate Bryant.

His clutch shooting brought the Vaqueros back from a 12-point, second-half deficit to cut the lead to two with under a minute to play.

But Santa Monica College’s Johnell Young was clutch from the free throw line to seal the Corsair’s 97-91 victory on Saturday night.

Bryant finished the night with 22 points to lead all scorers, but the Corsairs 60 percent shooting from the field was too much to overcome.

SMC will play at Canyons Wednesday night at 7 p.m.